Visitors On Our Way Back North 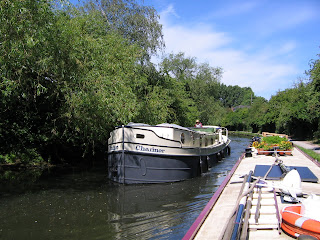 Heading back up the Grand Union from London and not far from Southall, we were reminded that much bigger boats also travel this way! A lovely looking boat, but it would be quite tricky to negotiate through some parts of the system, wide locks or not! 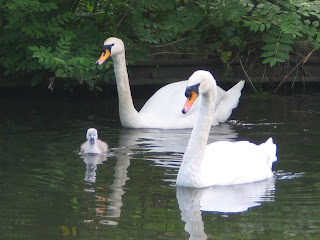 On through the north-western edge of London, still just within the M25, and swan families with their newly-hatched cygnets were still very much in evidence (late May, remember!) 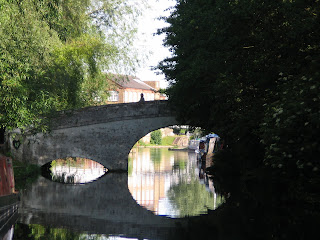 We have several photos of this unusual little bridge near Hemel Hempstead. Here's an 'early morning' version . . . 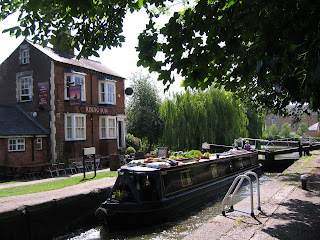 . . . and the Rising Sun Lock at Berkhamsted, just a few miles further on. 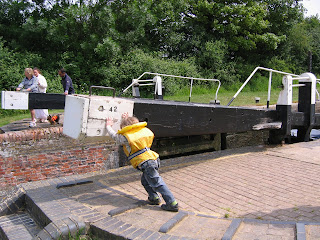 We soon had visitors again – guess who this is! Yes, Thor had a go at pushing lock gates on his own. This is near Marsworth, after he and Shireen had joined us at Tring station for a few days afloat. 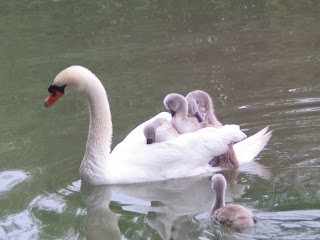 Swans again – is there room for one more on top? 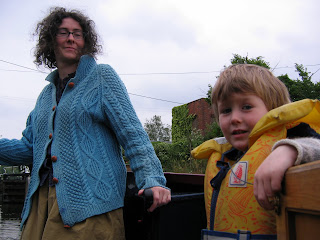 Shireen at the helm of Zindagi, and Thor watching his Grandad watching him! 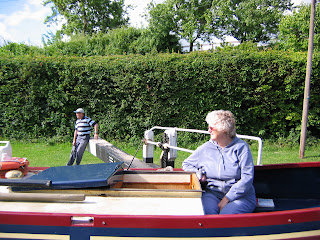 The day after we saw Shireen and Thor off on the train at Berkhamsted, Colin and Janet met us at Cowroast. Six days together – where should we go? 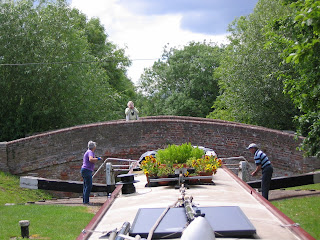 We decided to go down the little Aylesbury Arm, a 'there-and-back' trip. Val and I have only been this way once before, back in 2007. Here we are going down one of the 16 narrow locks. Val and Colin working the paddles, Janet with her camera on the bridge. 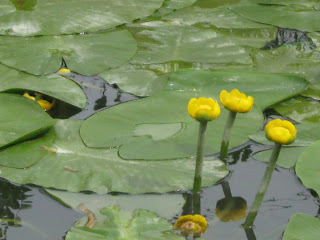 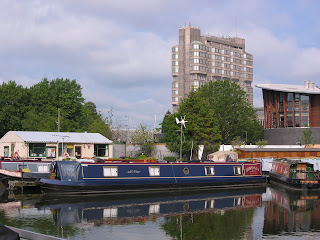 where we were made very welcome by the local Canal Society. 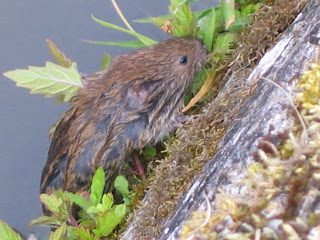 On our way back, a rare sighting of a water vole – we think! 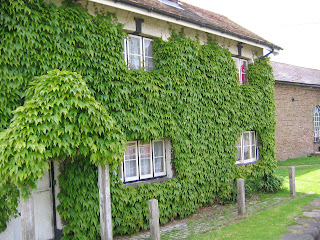 Do you remember this cottage? Compare with the picture we took back in April! 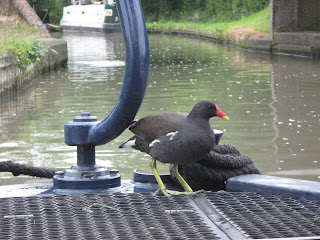 A courageous moorhen visited us on our back deck one evening near Stoke Hammond, and again the next morning! 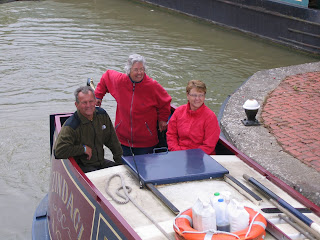 When we reached Cosgrove, Bob and Dianne came and joined us for a day on board, up the locks at Stoke Bruerne and through Blisworth Tunnel back home to Blisworth itself. 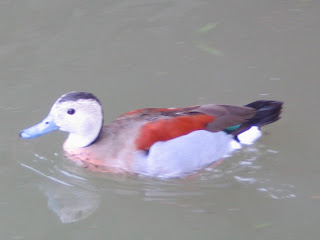 We spent just over 2 weeks (middle to end of June) moored up on the towpath just outside Blisworth, and it was good to see folks there before we were to set off again. In the meanwhile, we saw this lovely little duck several times, but can't find him in any books or on the internet. Has anyone any idea what he is? Some kind of teal, perhaps?
Posted by Dave and Val Taylor at 11:38 pm No comments: