It's All Been Happening! 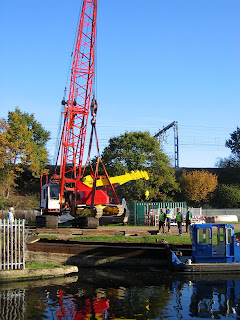 When we last wrote, we were visiting Shireen in London while Zindagi was stuck in Berkhamsted, waiting for a lockgate to be fixed. We got to know Berkhamsted quite well by the time we left on 7th November! When Dave cycled down to the broken lock to check progress on 30th October, British Waterways (BW) were at a nearby marina, in the process of loading a crane onto a floating pontoon to be taken to the lock to lift off the broken gate. 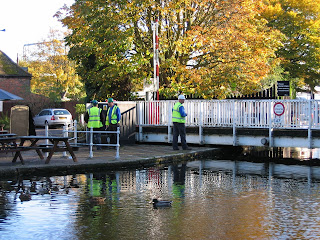 All looked very promising until BW discovered that the swing bridge between the marina and the lock was out of action! So that needed to be fixed first! No chance that they would be able to do that AND the lockgate by the original target date . . . 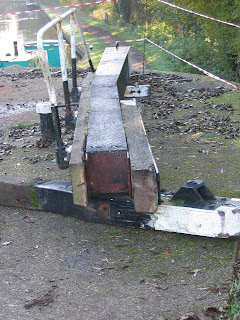 Meanwhile, we needed to meet up with our new prospective tenants, so we agreed to meet them 'halfway' at Reading. We had a useful and long chat with them and headed back via London to Berkhamsted. Well, Dave did, but Val stopped off in London to spend a couple of nights with Shireen. 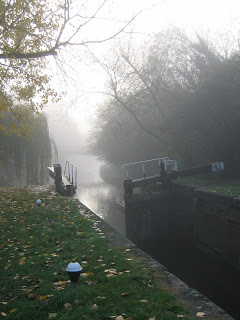 BW had managed to get to the lock. They left the top 'balance beam' and took the gate away for repair, but the re-opening date was still a bit vague! Shireen's baby had still not arrived, so Val came back to Berkhamsted and we went on waiting. Lovely crisp mornings gave us some more autumnal scenes. 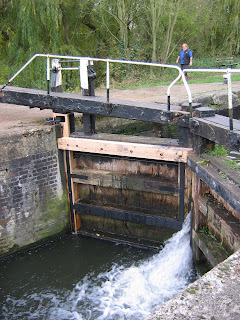 And then, at last, the lock gate was fixed and we could go! Here's the finished article, leaking a bit as BW were not able to fit it perfectly without draining that section of the canal right down. Never mind, it worked, so we (and all the others who had been waiting) were able to move. Compare the second photo with the picture of the broken gate last time! 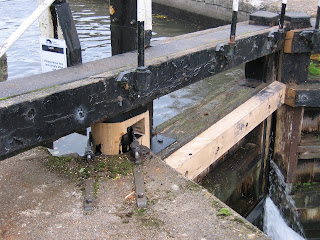 On our way at last, BUT . . .
Had we told you that the washing machine and microwave problems were still not solved? The replacement machines did not work either! In the end, we contacted the manufacturers of the inverter, which turns 12 volt battery supply into 240 volt 'mains' and asked whether there could be any way that there was a problem there? A very quick e-mail reply suggested that we check some DIP switch settings on the back of it, as it could possibly be delivering 60 cycles per second AC instead of 50 c/s. Sure enough it was, so we switched it back to 50 and both the replacement washing machine and microwave started working. 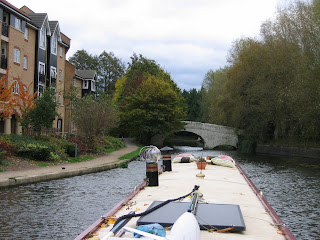 How on earth had that tiny (and well-concealed) switch been moved across? We can only guess that we must have knocked it somehow. Anyway, all the electrics are now fine, and there is a bit of tape over the DIP switches to prevent any further problems! 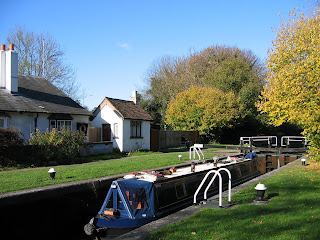 So, on down towards London, through the remarkably scenic outskirts of Hemel Hempstead and Watford, always expecting to get a call from Frankie and Shireen . . .
. . . and then it came! On Monday 12th, Frankie phoned: please could Val come, as Shireen had started labour and he had to leave later that afternoon/evening. Good thing we were within the reach of London Transport! Val got on a train and arrived at the hospital before Frankie had to leave. He was able to stay until just after their little boy had been born, after quite a difficult labour for Shireen, but all safe and sound – hallelujah! 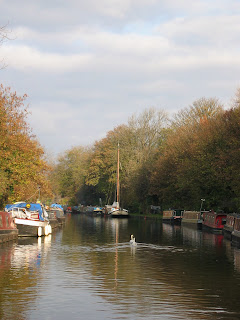 Dave then had some single-handed boating to do, bringing Zindagi on down into London. Different, but quite fun in its way, though of course going through locks is a bit slower! 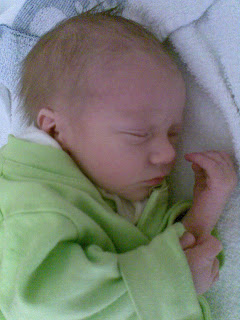 When he got to Paddington, Dave was able to moor up in evactly the same place as back in the summer, so he just jumped on train and bus to Stoke Newington. Time to get some shelves up for Shireen and Frankie as well as to go and see our grandson! Adam came up for one night and made a valuable contribution to shelf-building as well as seeing his new nephew. 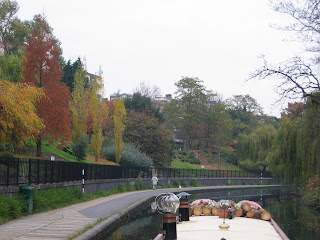 He doesn't have a name yet, as somehow the names they had thought of didn't seem to suit, plus he has been having some difficulty getting enough food, and so has been kept in the special care unit for a few days until he starts gaining weight properly. Hopefully both these issues will be resolved soon! 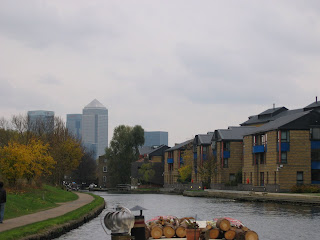 Jeremy has been with us since the early hours of Saturday morning, so we have had a bit of a family gathering. He may be around for a day or two more. 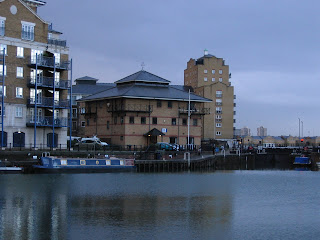 Meanwhile, we have moved from Paddington down to Limehouse Basin, coming through lovely autumn colours in Regents Park and views of Canary Wharf dominating the Regents Canal at Mile End. We shall probably start up the River Lee tomorrow.
Posted by Dave and Val Taylor at 2:48 pm 1 comment: