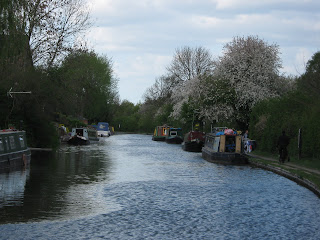 Spring blossom was bursting out all along the canal as we cruised 'through' Milton Keynes. We are amazed at the way that the canal goes around MK, even through some fairly busy parts of it, yet seems almost untouched by the city and all its ordered symmetry. It's as if the planners decided to make the Grand Union a 'linear park' along the northern and eastern edges – maybe that's exactly what they did! 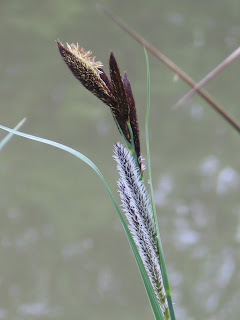 Simple beauty as the canalside responds to the warmer weather . . . 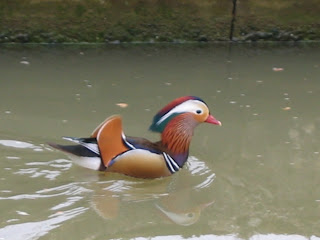 . . . and the incredible colours and shapes of this Mandarin duck's plumage! We spotted him and his mate near Leighton Buzzard. 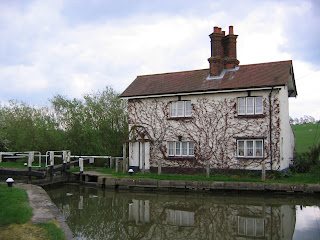 The leaves were coming out on this lock cottage near Marsworth. What will it look like when we come back past it in late May or so? 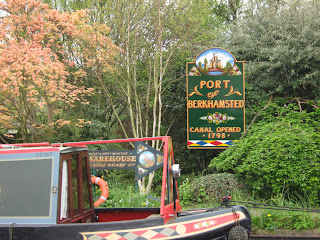 After climbing up the northern side of the Chilterns, the canal comes down again from Tring and on to Berkhamsted, apparently celebrating its pedigree as an inland port! We were stuck near here in late October 2007 while we waited for a broken lock gate to be repaired, and then had a family get-together there on our way back in late December the same year. 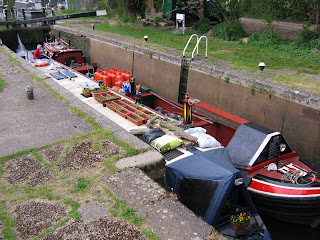 Coming down through Hemel Hempstead the next day, we shared a few locks with a 'coal boat', one of a small number of canal traders who supply many boats and waterside businesses with coal, diesel and bottled gas. 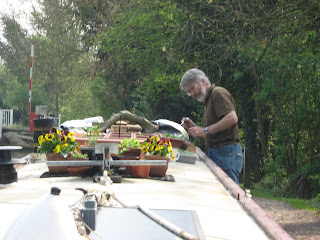 Meanwhile, our rooftop salad garden was getting near to production. Here's Dave planting out a few seedlings. 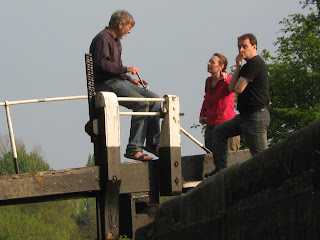 Passing walkers often stop for a chat when they see a boat working through a lock . . . 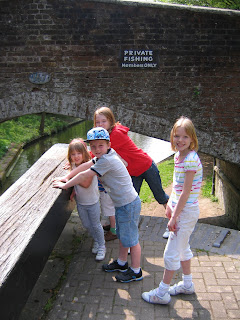 . . . and children usually want to help with the lock gates! Here in Cassiobury Park, near Watford. 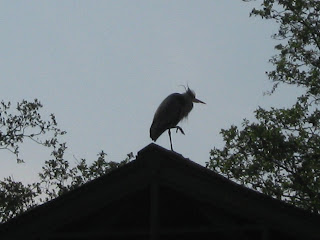 The next morning, Val spotted a heron in silhouette on a rooftop in Rickmansworth  . . . 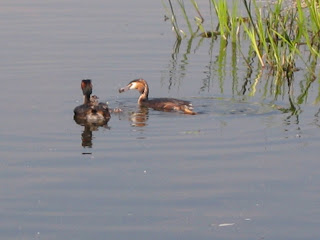 . . . then later that day we saw a pair of Great Crested Grebe with their youngsters – one in the water, one having a ride – near Harefield.
We had reached the edge of the London suburbs but could still enjoy the countryside reaching in along the canal's 'green corridor'. 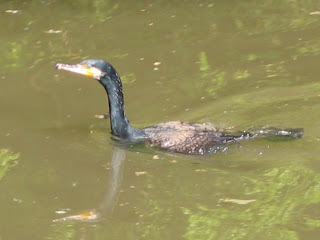 Over the 4 years that we have been cruising on 'Zindagi', we have noticed an ever-increasing number of 'seabirds' on the canals and cormorants are probably the most ubiquitous. This one was fishing near Alperton in west London as we made our way towards . . . 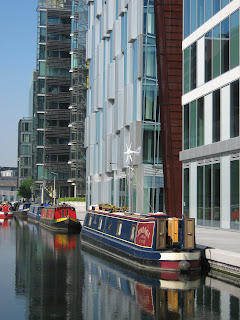 . . . Paddington Basin! Here is 'Zindagi' moored at the foot of towering modern office blocks. Rather different from our more usual rural surroundings, but remarkably peaceful and secure in the heart of London.
Posted by Dave and Val Taylor at 5:50 pm

You got there in real life and now you are getting their on your blog.

Had wondered what you did re. painting and servicing boat.

Interesting to see Paddington Basin having not seen it since I worked in the area in the 60's.

Enjoyed our day on the boat again and catching up.