Through Leicester, up Foxton and down to Blisworth 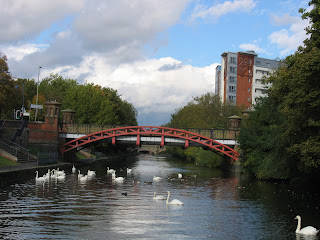 Having slipped unobtrusively through Leicester's northern suburbs, we came along the 'Mile Straight', as the canal and River Soar make their joint presence felt.  Soon we would leave the river behind, but they are combined along this section, with the river seeming to join and leave as we travelled south through the rest of the city. 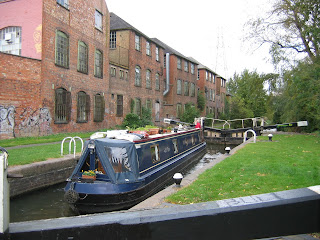 Some windows of these old warehouses had lights burning – good to see that they were still being used! 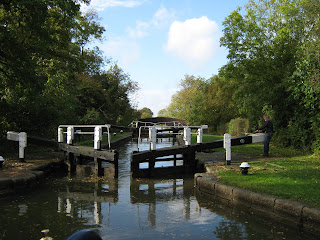 Leaving the city behind, we enjoyed a steady climb up about a dozen locks through the countryside near Newton Harcourt. 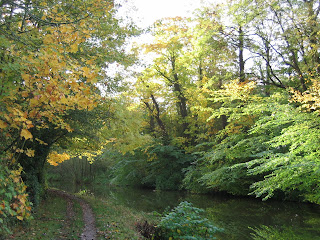 It was mid-October – autumn colours were everywhere! 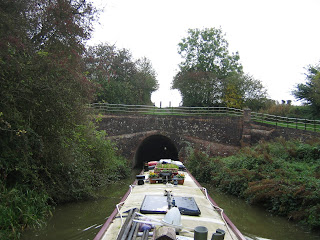 After more dawdling, through Saddington Tunnel.  You can just see the other end – it's just half a mile long. 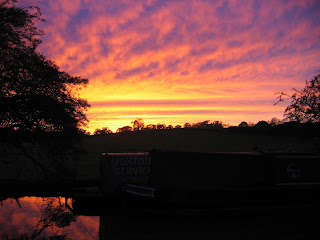 Then, when we had moored below Foxton locks, another boater said we had tied up in his favourite spot – and we soon saw why! 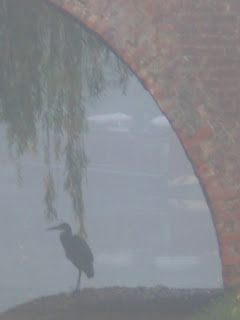 A misty morning on the Market Harborough arm, 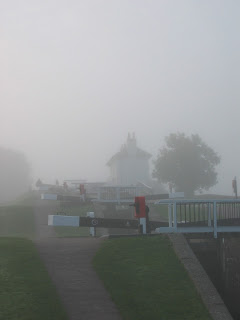 and Foxton Locks with the lock cottage looming on the skyline. 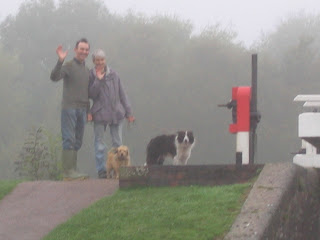 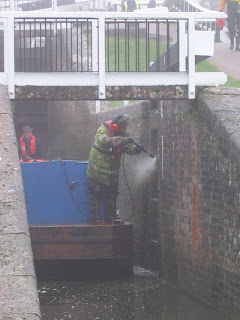 though we had to wait halfway for an unscheduled stoppage as the lockgates were being pressure-washed.  We were told there was an open day approaching! 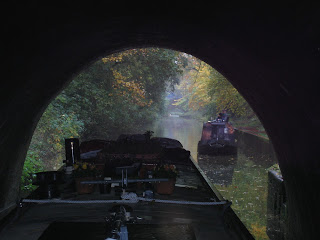 Leaving Husbands Bosworth tunnel on the return to Foxton, taking David & Mary back to their car. 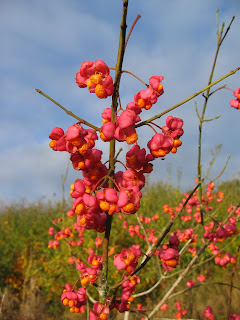 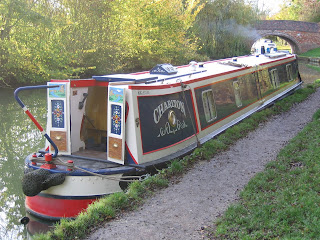 An old friend spotted at Crick!  'Charlton' was the narrowboat in which we had a share from 2004 to 2006.  It was our holidays in Charlton which re-started our love of the waterways.  Still in shared ownership, but now with a gleaming new paint job.  Hardly believable that she was built about 20 years ago! 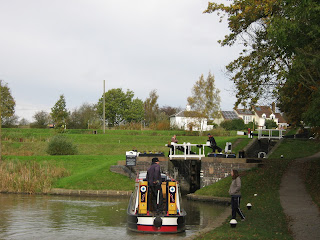 Looking back up Watford Locks – our last narrow locks of the year! 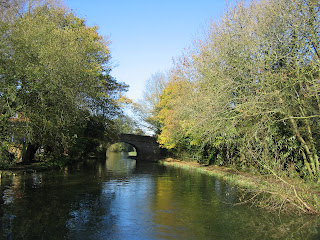 A bright November morning as we pass near Bugbrooke on our way to our winter mooring in Blisworth Marina. 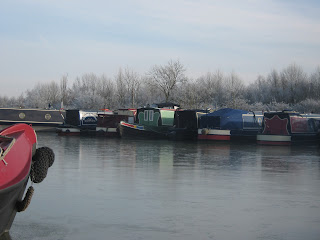 Ice on the water, frost in the trees – the view from Zindagi on a crisp December day . . . but, with both central heating and our woodburner, we're nice and cosy inside!
Posted by Dave and Val Taylor at 10:35 pm No comments: