Discovering Side Ponds . . . and Avoiding Riots!

It was late July and we were heading up the Severn from Tewkesbury. You may remember that we came this way last year and tried to get into the Droitwich Barge Canal. After all the 'hype' and razzmatazz in the boating press about the Barge Canal having been restored, it turned out that it had been open for special visitors for a day or two, and then firmly closed again! 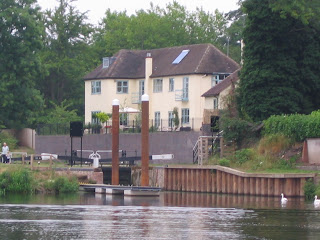 So here was Hawford Lock again – but this time it was open, and we knew that not only could we take the boat up into Droitwich, but also that the narrow Junction Canal had also been restored and reopened and we could go up to Hanbury Junction on the Worcester and Birmingham Canal – just so long as the boat could get under the low-headroom tunnel under the M5! 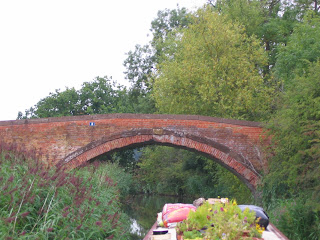 The Barge Canal was quiet and almost river-like as it passed under the historic Linacre Bridge, one of the few remaining examples of James Brindley's original structures on the canal, dating from about 1770. 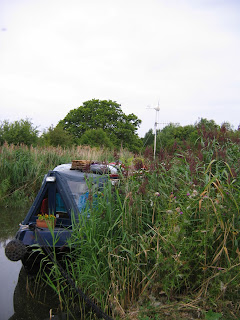 Like on most rivers, though, mooring places were hard to find! We got just about close enough to the bank above Mildenham Mill Lock and tied up among the reeds! 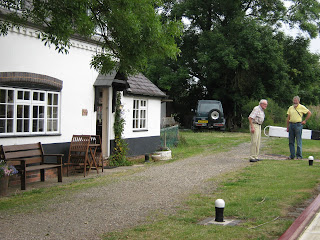 At Ladywood Top Lock we met the gentleman who lived in the Lock Cottage and had a chat. He and his wife had been actively involved in the early days of the restoration and had used the canal from here up to Droitwich for many years. 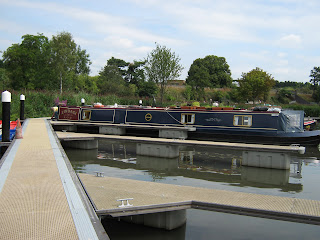 At Droitwich itself, a lovely welcoming canal basin, with free moorings on floating pontoons, in Vines Park but secure behind locked access gates. 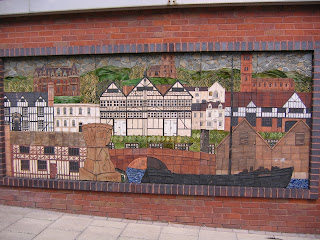 Only a short walk into the town centre for essential shopping, and we passed this tile mural which celebrates Droitwich's long history as a salt town. 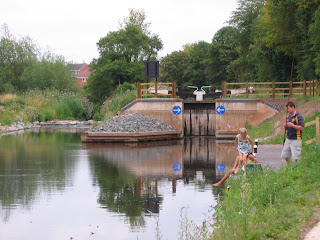 The Barge Canal passes through the park to join the River Salwarpe and then enters the first of several new narrow locks, into the repositioned section of the Droitwich Junction Canal (the old line has been built over). 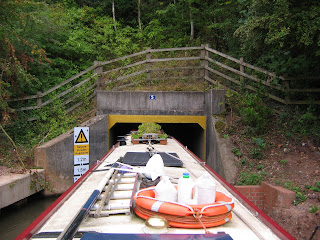 When the M5 motorway was built, only a very low and narrow tunnel was left for the (then derelict) canal. It was tight - but we got through OK with the rooftop salad garden brushing the top of the tunnel! 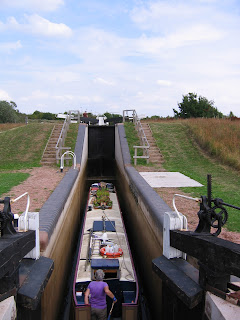 Then through some more new locks: one single narrow lock and a 'staircase' of two. Nicely built, and the surroundings should soon begin to look a little more natural. 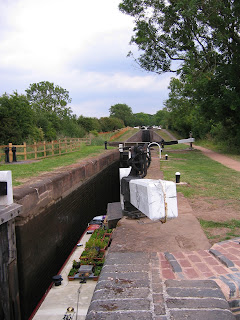 The top three locks form the original Hanbury Flight, and have been beautifully restored . . . 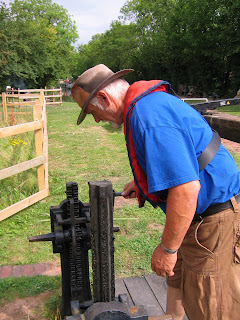 . . . including the side ponds! Here is Tom, the local lock-keeper, operating the side paddles. We had not seen side ponds in action before, and they are a very ingenious but simple way of saving almost half a lockful of water every time a boat comes through. Thanks to Tom's instruction, Dave has started looking out for operational side ponds on the rest of the system – there are not many of them! 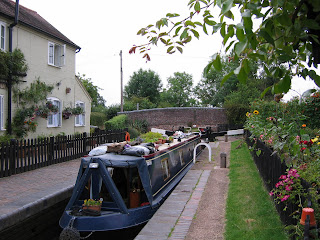 Up on the Worcester and Birmingham Canal, we passed through Astwood Lane Lock and enjoyed the lovely garden and the lock cottage there – always a real picture, and their runner beans were very tasty too! 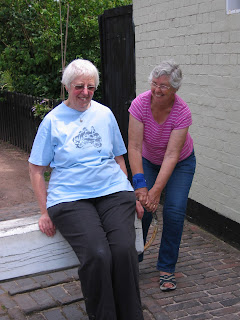 The next day, Janet came and joined us again and we decided to go back down to Droitwich with her, so here are Janet and Val working on a lock gate together at the same lock. 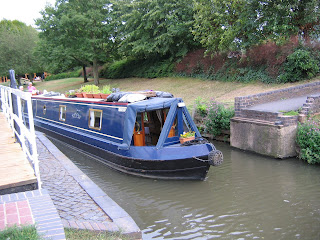 Back down through one of the swing bridges in Vines Park. We spent the next morning in Droitwich before heading back up again! 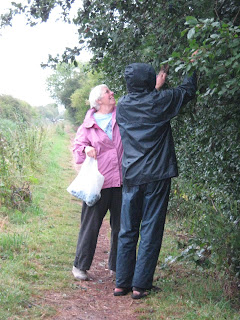 Just above Hanbury Junction, the damson trees were so full of fruit that we just had to stop and pick some, despite the rain! Val had plenty for jam and Janet took lots away with her, too. 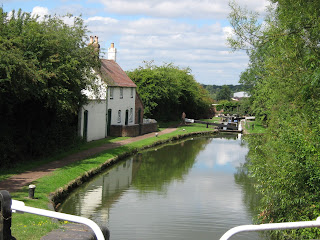 A really sunny day to make our way up the Tardebigge flight. From Stoke Works up to just below the top lock there are 35 locks in just under 4 miles. It sounds like a marathon, but we had a very enjoyable day and made it in less than 5½ hours travelling time – we stopped halfway for a lunch break! 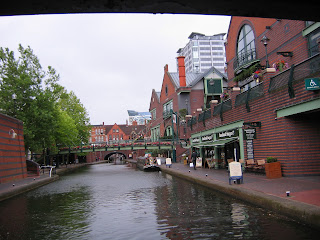 Just as we had decided to go through Birmingham and out to the north-east of it, news broke of the riots! We waited in the quiet outskirts for a day and then chugged through a strangely deserted city centre, 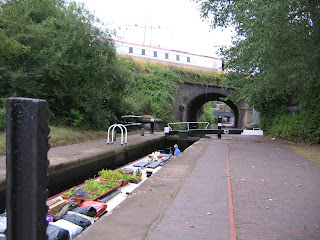 then out of Birmingham via a route which was part familiar and part unknown to us, down the Farmers Bridge flight of 13 locks, the Digbeth flight of 6 and then left at Bordesley Junction and down 'the bottom road', the old working boatmen's name for the Saltley Cut, an almost forgotten part of the Grand Union Canal, with its five Garrison locks. 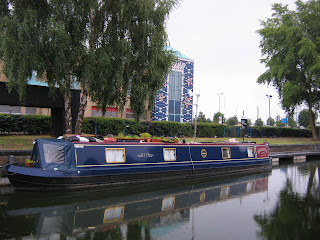 Just before this (far from scenic!) canal arrived below Spaghetti Junction, we found some useful visitor moorings on a pontoon next to the 'Star City' entertainment centre. Surprisingly quiet, in spite of the nearby casino, cinemas, bowling and restaurants!
Posted by Dave and Val Taylor at 8:52 pm 1 comment: