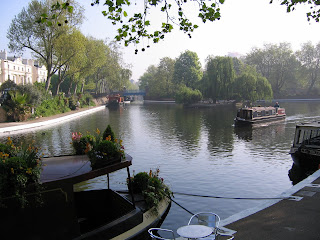 Mention 'London' and 'canals' in the same breath, and many people's instant thought is 'Little Venice'. Our friends David & Julie from Devon were pleased to know that we could meet them in Paddington and that Little Venice was only just round the corner. Yes, it IS rather special, but it isn't very big, so we tried to warn D & J not to expect too much. Result? It was better than they had expected – perhaps we tried too hard! They combined seeing part of London's canal system with some more general sight-seeing, and probably needed a rest when they went home after a busy long weekend with us. 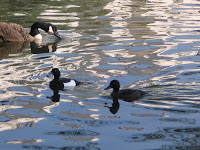 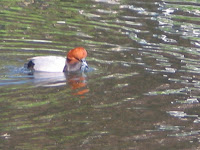 Apart from the unique surroundings, Little Venice has its share of wildlife, right in the heart of London, including these Tufted Duck and Pochard and the ever-present cormorants . . . 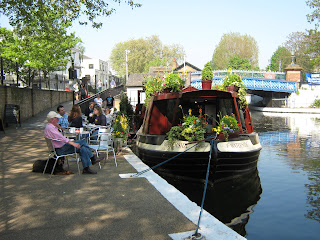 . . . and the floating restaurant in the flickering canalside shade. 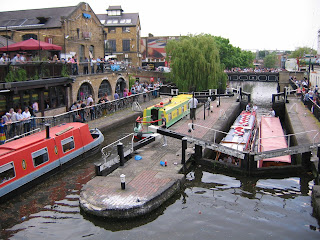 Just a few miles along the canal, we exchanged tranquility for the bustle of Camden Locks and the Market alongside. Instead of being tourists ourselves, we seemed to become part of the tourist attraction! 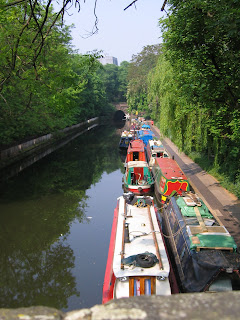 While David & Julie explored London's sights, we stayed at these 'visitor moorings' in Islington, just a stone's throw from the Angel. Though mooring was supposed to be limited to 7 days, some of these boats had stayed rather longer – or were just moving round from one London mooring to another, trying to stay ahead of British Waterways. Their enforcement of the rules seems to have been rather lax for some years and one result has been this burgeoning community of people trying to live cheaply by shuffling round the capital. We certainly found many more of these boats than last time we were here in 2007! 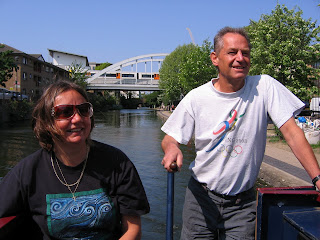 After another day on the canals, David & Julie had to head back to sunny Devon. We dropped them off at Mile End Station and then, as they made their way back to Victoria Bus Station and Exeter, we turned 'Zindagi' around and stopped for the night – early start the next day! 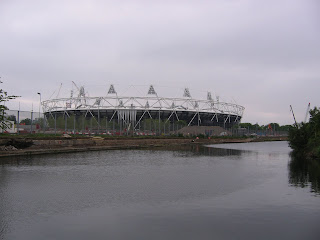 At the unusually early hour of 8:20, we set off from Mile End, turned into the Hertford Union Canal and down the 3 locks to the River Lee. As we turned left and north-west, we looked the other way and saw the Olympic Stadium, looking very nearly finished. 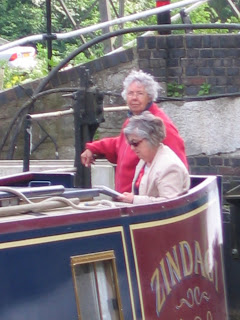 More evidence of frenetic Olympic building activity lined the east bank of the Lee as we headed northwards, but why our rush? We had arranged to meet our friend Jackie at Enfield Lock about 1:00 pm, so that she could enjoy some of the rather more scenic reaches of the Lee as it shakes off the capital and escapes the M25's cordon. We took her as far as Cheshunt, where the train home was a very short walk away for her. Great to meet up again after too many years! 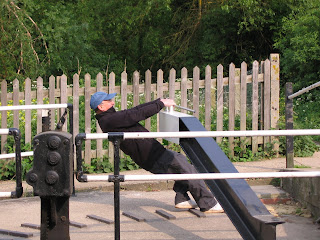 Two days later, and David and Gwenda met us at Dobb's Weir on the River Lee. We went for a little 'chug' up to Stanstead Abbots and back. Here's David, hard at work on a lockgate at Feildes Weir Lock.
Posted by Dave and Val Taylor at 11:43 pm No comments: