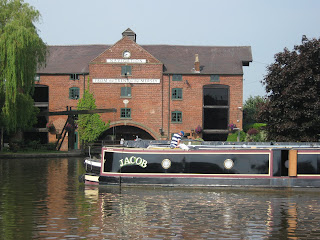 You may remember that, back in March 2008, we took a few diversions while waiting to be able to explore the Caldon Canal. One of those took us down the Trent & Mersey Canal to Fradley Junction and then down the Coventry Canal to Fazeley.
Now we had arrived at the junction of the Rivers Soar and Trent with the Trent & Mersey and Erewash Canals. Fradley Junction was 'only' 29 miles and 18 locks away to the west, and we had never been on this stretch of canal. So, while we were here . . . !

We turned left up the river to Sawley locks, our first taste of the 'Mighty Trent'. A big river, which would have been scary a few years ago, but now not too bad – not forgetting that flowing water always needs a bit more respect than the almost static canal variety! Through the lock, we moored up for the night, before going on to join the Trent & Mersey Canal, which very soon brought us into Shardlow. As our Nicholson's Guide told us, here are 'living examples of large-scale canal architecture', such as the 18th-century Trent Mill in this photo. 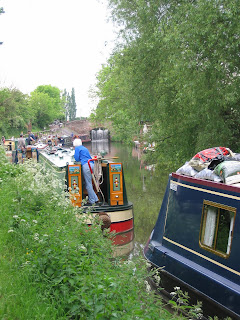 We went on through several locks (14 feet wide), and stopped for lunch, but our next stop was less welcome. We found ourselves in a queue at Stenson Lock and had to wait for over an hour to get through – a combination of Bank Holiday and a difficult and deep lock, the last of the wide ones in this direction. 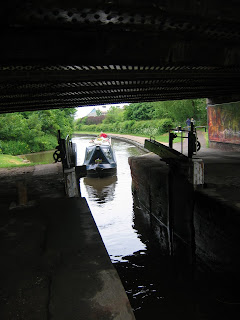 Seven miles to the next (narrow) lock at Dallow Lane, right in the centre of Burton upon Trent, and almost hidden under a widened road bridge. 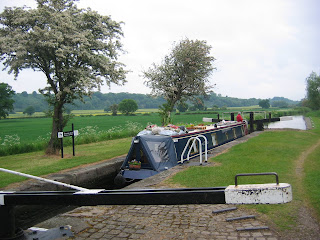 Then very soon out into very open countryside and the pretty and seemingly remote Branston lock, though not far from Branston village, allegedly the original home of the eponymous pickle! 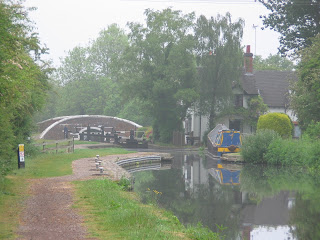 On to another tranquil spot, Tatenhill Lock, though the hum of traffic was in the distance. The next 2½ miles were not so scenic, as the canal runs dead straight, now right next to the Roman road once known by its Viking name of Ryknild Street and now as the A38. It's just as busy (and noisy) as the A38 we know down in Devon! 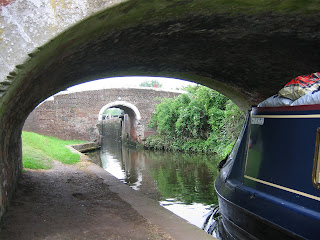 Welcome relief, then, as the canal turned off westwards through Wychnor Bridges, to skirt the other side of Alrewas village, with a short section of river navigation thrown in along the way. 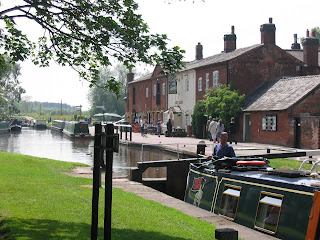 And then we were nearly at Fradley! It looked rather different from the icy conditions of March 2008, but the Swan Inn looked unchanged despite the bustle of many half-term boaters. We turned around directly in front of it and headed down the locks again, back towards the Trent.


The trip back was equally enjoyable (it's always different going the other way!) Here are a few photo highlights along the way:– 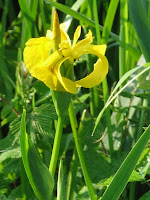 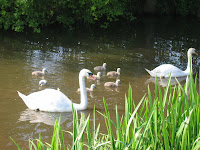 swans with cygnets near Alrewas,

a narrow bridge near Barton-under-Needwood and 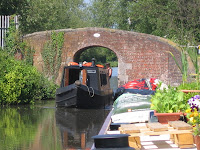 an old canal crane at Swarkestone 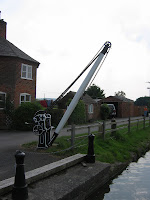 Posted by Dave and Val Taylor at 5:45 pm