From The Trent To Sheffield 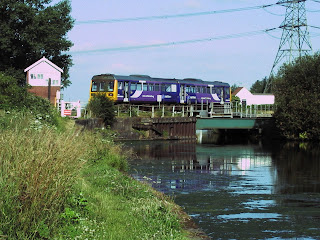 APOLOGIES! OUR BLOG IS RUNNING BEHIND OUR TRAVELS. We joined the South Yorkshire Navigations on 2nd July. We are trying to get up to date as soon as possible, but don't want you to miss out on any part of our travels! CLICK ON 'Where Zindagi Is Now' to find our latest location.
The River Trent had been our link route northwards from the Erewash Canal through Nottingham, down to Newark, out to Boston and up the Chesterfield Canal, but now we were heading west again and would soon be heading south-west, before turning north again and up to cross the Pennines.
The South Yorkshire Navigations include the River Don Navigation, the New Junction Canal, the Sheffield and Tinsley Canal and the Stainforth & Keadby Canal which we had just entered from the Trent. Almost immediately, we came to the most unusual Vazon railway bridge, just a few feet over the canal. It doesn't swing, it doesn't lift – it SLIDES! An amazing piece of engineering, built in 1915 and apparently one of only three in Europe (or the world?) 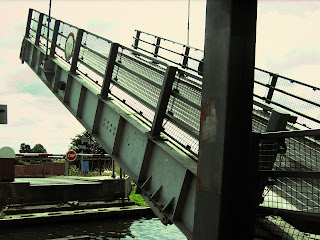 We were going to face quite a few opening bridges on these canals, most of them electrically operated with the turn of our British Waterways key and pushing buttons. Lifting an enormous bridge and holding up the traffic just to let one narrowboat pass seems a little strange, but there is no alternative – and most of the motorists are understanding. 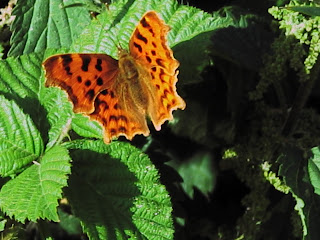 It's not all mechanics and engineering on the canals – by no means! Here's a Comma butterfly enjoying the sunshine near Thorne. 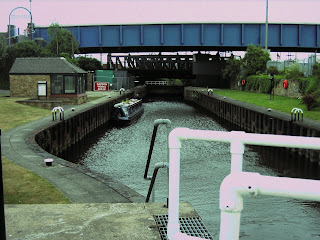 The Stainforth & Keadby Canal now carries almost exclusively 'leisure' craft, but it joins the River Don Navigation near Bramwith, where the New Junction Canal brings larger traffic up from Goole and the Humber ports. 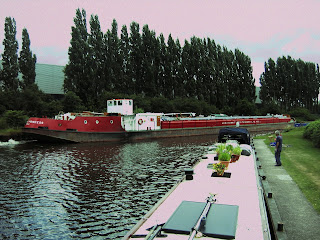 We were soon in Doncaster's enormous lock, even needing to keep an eye open for oil tanker barges (like the 'Humber Princess') on their way to Rotherham. 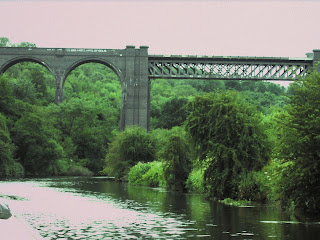 After the bustle of Doncaster, we followed the River Don up its unexpectedly quiet and beautiful gorge, stopping overnight at picturesque Sprotborough and passing under the Conisborough viaduct. 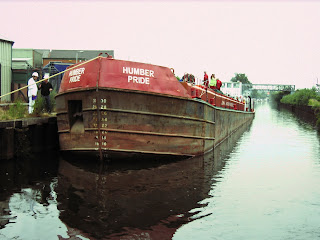 Gradually the valley opened out and we re-entered 'civilisation' as we came through Conisborough and Swinton and approached Rotherham. We passed the 'Humber Pride' (sister ship of the 'Humber Princess') at the oil depot and came into Rotherham Town Lock – we were back to shorter locks again, with no chance of meeting the tanker barges for a while! 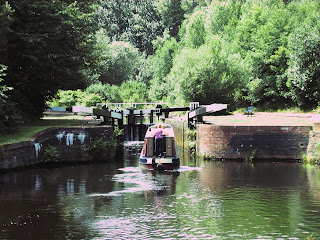 To make our way from Rotherham up to Sheffield, we needed to liaise with the British Waterways lock-keeper, as the Tinsley locks are kept locked (to protect against vandalism and water loss). We phoned ahead and arranged to meet Dave Walker at Holmes Lock, from where he would 'shadow' us up the Tinsley flight. That all went very smoothly, and we arrived in Sheffield Basin about 4 hours later (13 locks + 5 miles = 18 'lock-miles', an average of 4½ 'lock-miles' per hour – well above our average!)
Posted by Dave and Val Taylor at 9:27 pm