First steps up the Rochdale 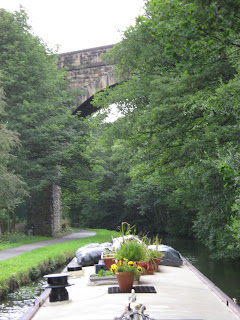 Our blog is STILL rather behind our travels - sorry! We arrived in Hebden Bridge in early August. We are catching up slowly. CLICK ON 'Where Zindagi Is Now' to find our latest location.

The character of the Calder & Hebble was already changing as we made our way up to Salterhebble, just 2 miles from Halifax and where the little Hebble Brook joins the Calder. A railway bridge spanned the canal as the hills gathered closer either side and we made our way up the valley, still alongside the now much smaller River Calder. Not much further to Sowerby Bridge, where the C & H comes to a graceful stop in the Canal Basin and the Rochdale Canal begins the serious climb! A brilliant sculpture near the basin shows us how to work a lock gate – clothes from an earlier time, but the technique is unchanged! 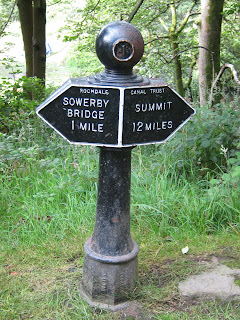 These mileposts were now to become part of our daily scenery, but the figures leave out one important fact: It may be only 13 miles from Sowerby Bridge to the summit level, but there is also the little matter of 36 locks on the way! No worries, we were going to dawdle and enjoy the magnificent countryside along the way. 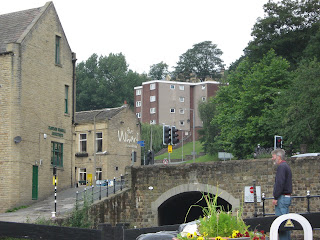 But first we had to pass what had been a blockage for many years. When the Rochdale was derelict, the connection to the Calder & Hebble had been cut off by infilling under a busy road junction, losing 2 locks in the process. The imaginative restorers not only managed to tunnel UNDER the road junction, but also built a double-depth lock immediately after it, completed in 1996. 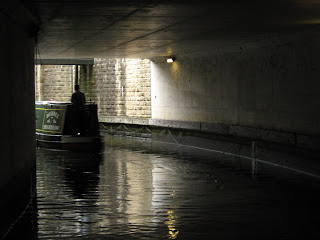 Rob the lock-keeper told us that, when excavations under the old bridges started, they found that, although the old locks and canal bed had supposedly been 'filled' so as to support the road structure completely, only the outside edges were concreted and the loose rubble inside had sunk, giving no support to the road above for all those years! Well, at least it's all been done properly now! 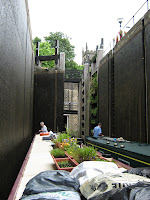 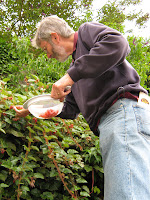 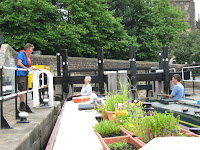 As we shared the 19'8½" vertical journey with another boat, Rob told us that we were in the deepest canal lock in the country, and we had to agree, although the 19'5" double-depth lock at Bath is only just shallower. He also told us about some delicious wild raspberries next to the lock, so we helped ourselves! 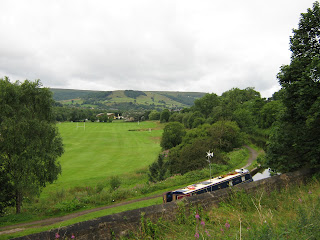 About 3 miles and a couple of locks later, we decided to stop and moor up. We were near the little hamlet of Brearley, on the side of a widening valley, with hills ahead and either side. Val's knees are so much better now that we were able to go for a walk up the southern side. 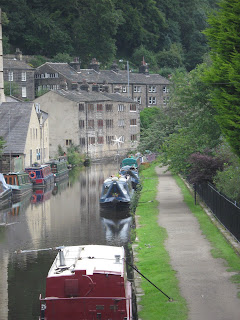 After a couple of nights at Brearley, we chugged on a mile to Mytholmroyd, visited the Methodists there, had a nice lunch and moved on to Hebden Bridge. Only two locks in those 2 miles, and we found ourselves in this attractive town. It somehow seemed impossible that a canal should have reached up here, where the town sits in the valley surrounded by rocky walls, with moors above. 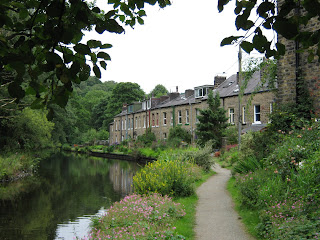 Hebden has plenty of delightful aspects, like these canalside cottages, but we also took the opportunity of a local bus service (and our bus passes!) to go to Haworth and visit the Brontë family museum. 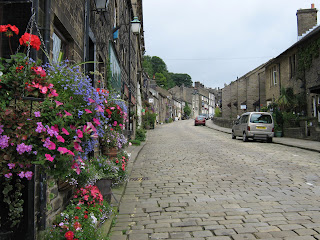 Up the steep main street (this would have been impossible for Val a year ago!) and then an interesting tour of the former vicarage (no photography!) 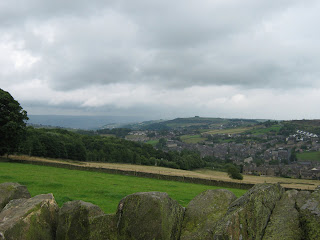 Then (more walking) we took the footpath over the hills to Oxenhope, which brought us out right by a bus stop – and back to Hebden and the boat. 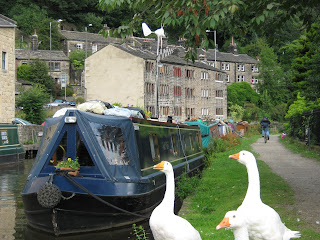