Having spent several weeks on the Rochdale, and months leading up to that on the Trent and connecting waterways, we found the constant bustle of narrowboats at Marple quite a novel experience, seeing more boats in one hour than we were used to seeing in several days. 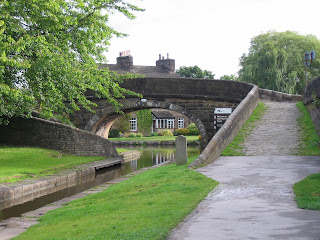 The Macclesfield Canal is justifiably popular. It runs through lovely countryside, passes some enormous old mills and concentrates all its locks into one flight – plus it has its own distinctive style of 'turnover' bridges, or 'snake' bridges as they seem to call them here. This is the one right at the junction with the Peak Forest Canal. Turn left under this one and you are right at the top of the Marple flight of locks – which we had just come up. 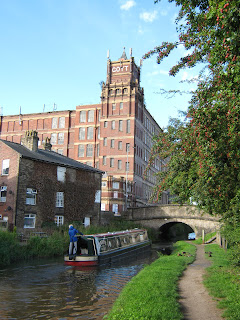 Goyt Mill dominates the canal as it leaves southwards. Once a busy cotton mill, it now houses a wide variety of enterprises, from a children's soft play centre to a saddlery – and many more! 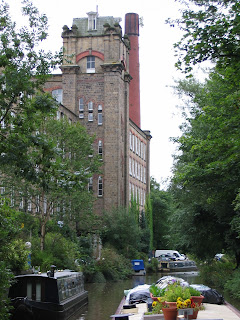 In Bollington, both the Adelphi and Clarence Mills (photo) have been adapted in the same way, but don't get the idea that this canal is all old industrial buildings! 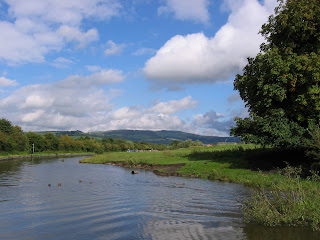 Looking back northwards, we could still see the Pennines, and a ridge of hills to the east followed us down towards Bosley Locks and beyond . . . 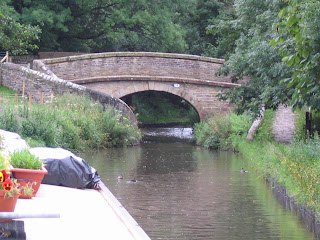 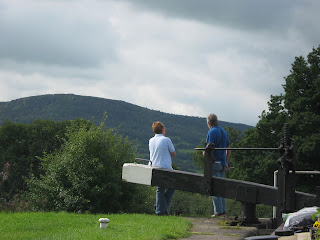 . . . and the opportunity for a good chat with other boaters as the locks were emptying! 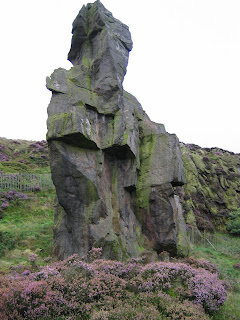 Mow Cop was the last big hill on the east of us as we approached Kidsgrove and Stoke on Trent. Rising to about 1100 feet above sea level, and so about 700 feet above the canal level, it looked like it was worth a visit, so we started walking up to see how far we would get. 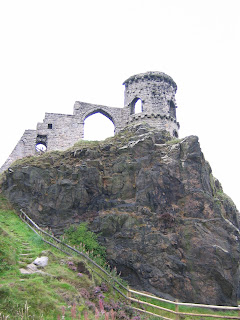 We reached the top and spent a little while looking at the 'Old Man O' Mow' (a 65ft gritstone pillar) as well as the 'castle', a folly built in 1754. Then back down the hill – by a slightly more gradual route! 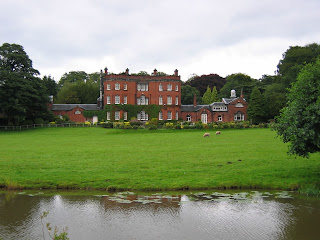 Our activities the next day were slightly less strenuous! We moved the boat on about half a mile and moored up opposite Ramsdell Hall, right on the canalside. 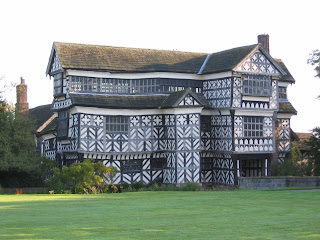 Then we walked over the fields to Little Moreton Hall, an amazing Tudor timbered house (we have lots more photos!), and enjoyed a fascinating tour before walking back to the boat and moving on towards Kidsgrove and the Trent and Mersey Canal. 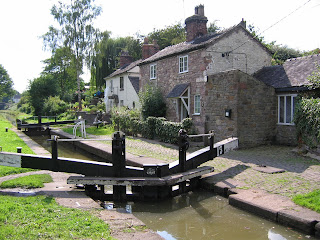 Through the shallow (1') Hall Green Lock, we chugged on and moored on the aqueduct which takes the Macclesfield Canal over the locks of the Trent & Mersey as it rises below.

Posted by Dave and Val Taylor at 5:14 pm