Going Up? Not Just Yet!

Back in January, we had a surprise email, telling us that our 'kids' had given us an unusual present – a balloon flight – exciting! The main questions had been when and where to take it, and we had opted for late summer or autumn, near Shrewsbury. We eventually finalised the date for early morning on 5th September, subject, of course, to satisfactory weather conditions. 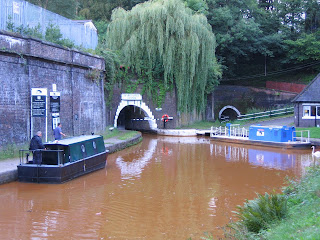 We left Kidsgrove on 28th August, joining the Trent & Mersey and almost immediately plunging into Harecastle Tunnel, on the tomato-soup-coloured water caused by local iron ore. We remember this well from our second canal holiday, back in 1978, though we have travelled through this 1¾ mile tunnel a few times since then. 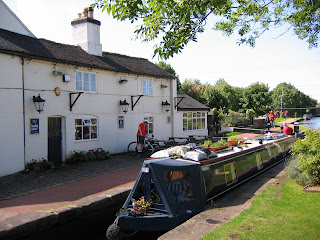 Then on through Stoke-on-Trent and down to Stone, where we enjoyed lunch in the Star Inn and then locked down next to it. 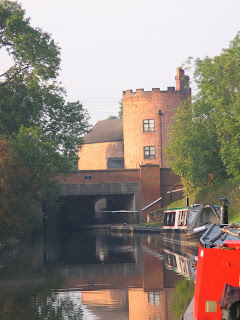 Not long before we reached Great Haywood and turned off onto the Staffs. & Worcs., which would take us in the right direction. Through Gailey, its distinctive Round House commanding a good view of the canal above and below the lock. 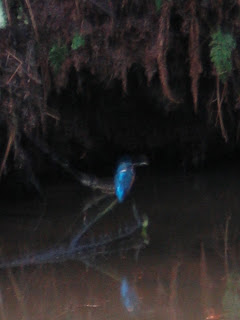 Without dragging the story out too long, Val had to go back a third time after another week, when they put her arm in a lightweight resin cast, and again a week later, when they said 'all doing OK – see you in 4 weeks' ! For the first week, we took a short trip up the Shropshire Union, and spotted this kingfisher near Brewood. 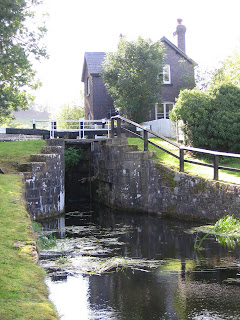 After that, we stayed at Adam & Rachel's for 10 days, house-sitting for them for a week while they were on holiday, so it worked out quite well, especially as we had the use of their car as well. We drove out to some land-locked parts of the Montgomery Canal, including the picturesque Brithdir Lock.

Once we had the OK to 'disappear' for 4 weeks, we decided to carry on cruising more or less as we had originally planned, so we set off again . . .
Posted by Dave and Val Taylor at 10:24 pm