Down the Stratford-on-Avon Canal 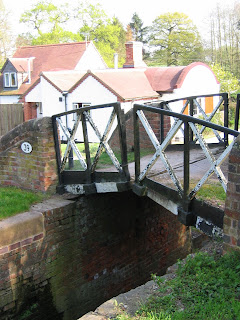 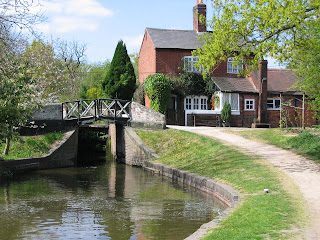 This bit of canal should be familiar to us, as we have travelled along it before – but that was in 1986, just a year before we moved to Devon, and our last 'family holiday' on the canals with school-age children. To be honest, though, it looks as fresh to us as any of the 'unknown' canals we have been on, and offered us a much more scenic way out from Birmingham than the more direct route via the Grand Union.
The plan has been to rejoin the Grand Union at Kingswood Junction, and then travel through Leamington Spa, where our son Jeremy works. We phoned him to say that we were getting closer, but he will be away this coming weekend, so we have decided to take an unplanned diversion a little way down the southern section of the Stratford Canal, though we are probably unlikely to get as far as Stratford itself! Jeremy will probably cycle out to meet us for a few evenings and then maybe spend some of the next weekend on board. We may get him to help us down the Hatton flight of locks. He last helped with them 21 years ago, but this time he is likely to be able to make a more substantial impact!

Posted by Dave and Val Taylor at 9:42 am

Some lovely photographs throughout your blog which gives a real feel of life afloat on a canal.
Will look forward to more of the same as time goes by.
Have you visited my blog yet?