The Chesterfield Canal – A Forgotten Gem?

APOLOGIES! OUR BLOG IS RUNNING BEHIND OUR TRAVELS. We were on the Chesterfield Canal at the end of June. We are trying to get up to date as soon as possible, but don't want you to miss out on any part of our travels! CLICK ON 'Where Zindagi Is Now' to find our latest location. 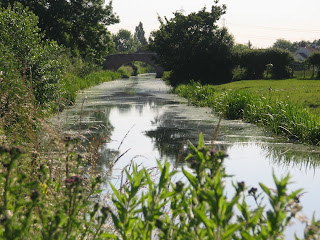 We knew we would get to the Chesterfield Canal eventually! Back in 2005, when we first had the idea of a canal-based 'sabbatical', and long before we started our travels on 'Zindagi', we had been in email contact with Marion, a friend from our time in Romford, 20 - odd years ago. She had moved near Retford before we moved to Devon, and we knew the Chesterfield Canal went near there, so we said that we hoped to come that way and perhaps take her for a trip.
Then last year we met a couple on a boat, who had travelled down to the Nene from the Retford, and they sang its praises. We had been looking forward to getting on the Chesterfield since starting down the Trent, and here we were at last! 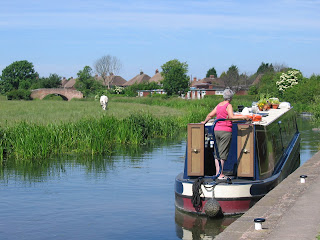 We emailed Marion again when we arrived at West Stockwith, and began to make provisional plans to meet in a couple of days. 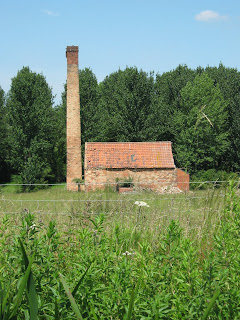 From West Stockwith, we chugged westwards through the edge of Misterton and then on into open countryside. Some of it used to be less rural, and we spotted the chimneys of derelict brickworks, one completely shrouded in trees and another in a field. 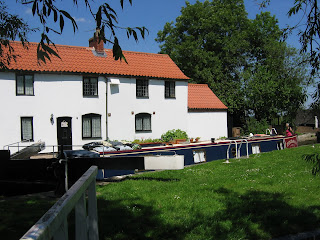 Through the top lock near Gringley-on-the-Hill – picturesque, despite the sticking top gate – and along the foot of the ridge until the little Drakeholes tunnel took us through it. 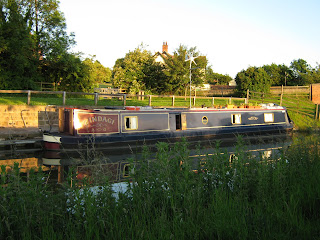 Then on to a lovely little mooring near Hayton for our first night stop.
Where was everybody?  We seemed to have this canal almost entirely to ourselves! 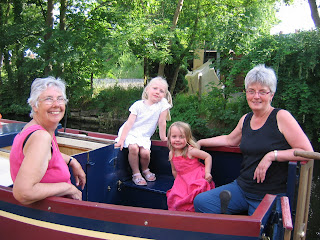 Next day, we chugged into Retford and not only met Marion, but also her younger son Joe and his wife Amie, plus their 3 daughters, Zea, Maia and Laila. Marion and the 2 older girls came with us for a little trip up the canal and back, and we moored up again outside a neighbour's house, very kindly arranged for us. 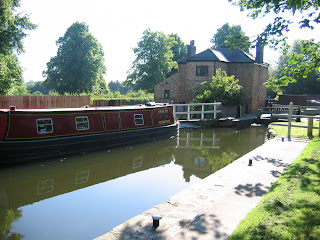 In the morning, we set off on our further exploration of the Chesterfield Canal. Only 2 miles out of Retford, we found ourselves in a remote area around the 'Forest Locks', and the water weed was getting rather thick – was this going to be a repeat of the 'Kyme Eau experience'? Fortunately not! Though it was weedy in places and progress was a little slower, we pressed on towards Worksop, passing under the busy A1 at Ranby and then next to this cottage in rural isolation at Osberton lock. 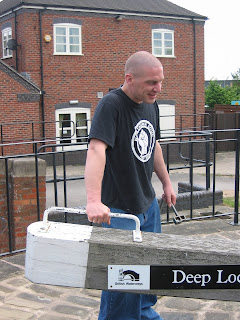 Our arrival in Worksop was very well-timed, as we arrived at Town Lock just as Marion and her elder son Simon came to meet us. Simon soon got into working the locks, and we had a good afternoon together, working our way up to Shireoaks, where Marion came and met us again. 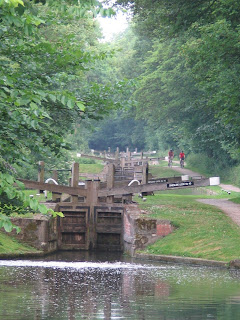 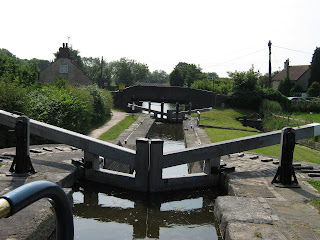 The next day looked like a marathon – 23 locks in just 4 miles! But they were fairly shallow, some of them in 'staircases' of 2 or 3, and set in lovely peaceful countryside. A really excellent bit of restoration work to this section of the canal, a real joy to travel through. And it only took us 4 hours 20 minutes. (Average 'speed' : 6.23 lock-miles per hour, nearly double our overall average of 3.51!) 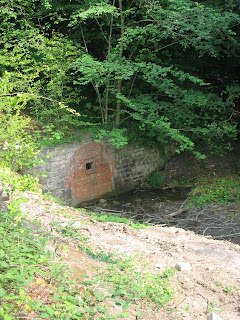 We had reached the limit of navigation, and it was Wimbledon week, so Val stayed on board to watch while Dave set off to see if he could find the other end of the Norwood Tunnel. One bricked-up tunnel looks much like another! There is talk of re-linking the isolated parts of the Chesterfield Canal, but some uncertainty about whether re-opening the 3102 yards of the tunnel would be viable. The remnants of locks on the western side certainly pass through very pleasant surroundings. 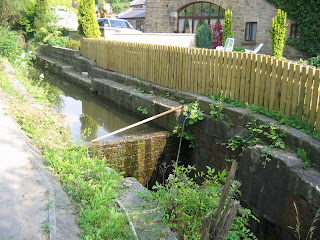 Marion came and collected us from Kiveton Park so that we could go with her to Poplars Church in Worksop. It was great to meet with the others there – they really made us feel at home. Thanks, folks! Then back to the boat after a meal out with Marion. 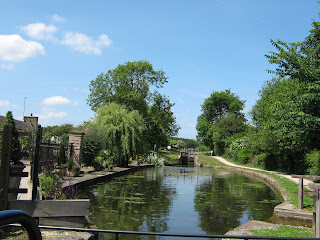 From Kiveton Park, of course, it was all downhill – literally! We came down the locks about as fast as we had gone up them, passing through Turnerwood and back to Shireoaks again. 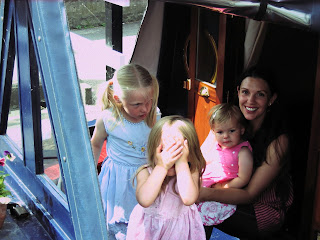 When we returned to Retford, there was just enough time for Marion and Amie to join us for a very short trip, together with Zea, Maia and Laila – and then we were off again. (only Joe seems to have escaped having his photo taken!)
Then back to the basin at West Stockwith, ready for the final 'leg' of our journey down the Trent. We had really enjoyed our time on the Chesterfield but why were there so few other boaters? We suspect that many don't come because of needing to navigate the Trent, but it is really worth the effort. For those who can't spare the time to get there by boat, there is always the hire fleet based at West Stockwith.
Posted by Dave and Val Taylor at 11:21 pm

I enjoyed reading this. I've walked most of the length of the Chesterfield Canal on several of my walks; it's very beautiful in places and is my favourite canal. I did a short section from Gringley Lock to Drakeholes again yesterday as part of a longer walk in North Nottinghamshire.