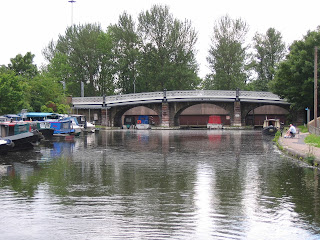 Just before we left the Bridgewater Canal, we took a small diversion.  Back in Stockton Heath, when we filled up with diesel at Thorn Marine, we asked them what they thought of the Runcorn 'Arm' (once the main line of the canal down to the Mersey).  'Worth a visit' was their response, so we turned right at Preston Brook and chugged nearly 6 miles along to what is now the terminus.  A much more pleasant trip than we had expected! 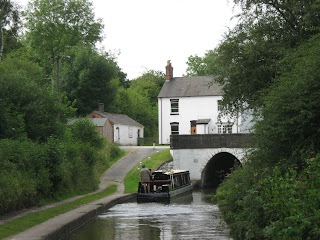 Then, back on the Bridgewater 'main line' and into Preston Brook tunnel – emerging to the Trent & Mersey Canal – 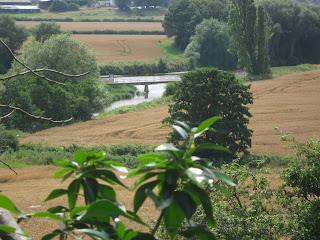 where the canal rides along the side of gentle hills down to the River Weaver.

Since we were here, there has been an enormous breach of the canal banks, and the Canal & River Trust have launched an appeal for the estimated repair cost of £1.5 million. 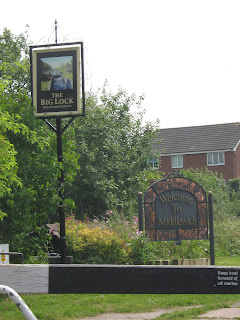 And so to Middlewich, where there is one final 'big lock' (next to the pub of the same name) before 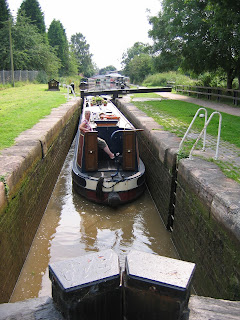 three narrow ones took us up and round the town, where we turned off the Trent and Mersey onto the Middlewich branch of the Shropshire Union Canal. 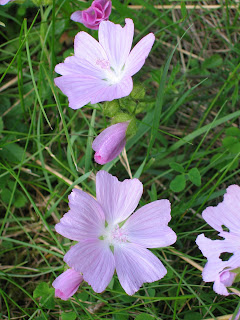 Musk Mallow growing beside the canal.

When we joined the 'main line' of the Shropshire Union Canal at Barbridge, we turned right and northwards, towards Chester.  Last time we came here was in 2008, so we thought it was time for a return visit! 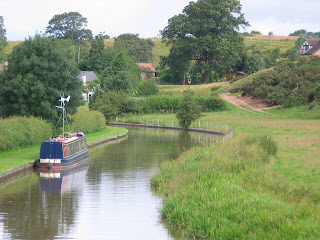 Zindagi moored in the rolling countryside near Beeston. 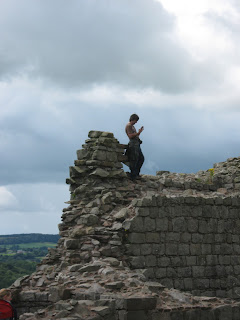 Adam came and joined us and gave us a lift to visit Beeston Castle together.  The weather was patchy, but we had some sunshine . . . 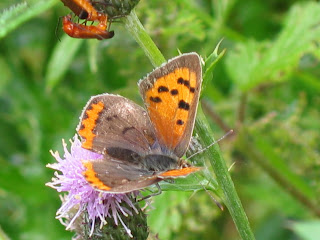 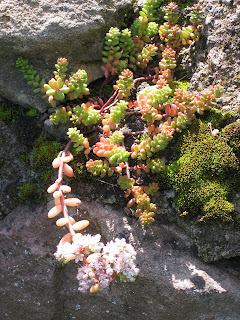 and highlighting this stonecrop. 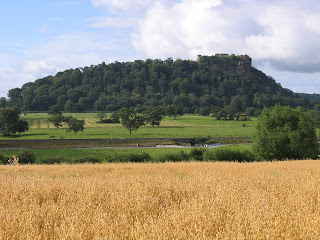 Here is Beeston Castle again, seen from near the canal - quite some fortifications! 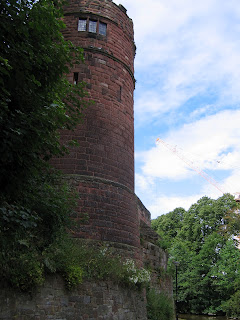 And so on to Chester - more towers and defences!  This time, we did manage to walk all round the city walls.  Well done, those bionic knees! 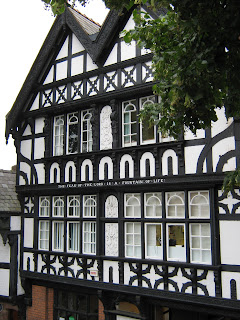 Lots of historic buildings here.  This one has its own message - click on the photo to look closely! 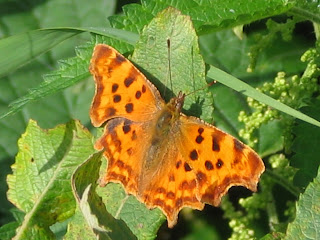 As we moved on northwards to Ellesmere Port, a Comma butterfly basking in the morning sun, 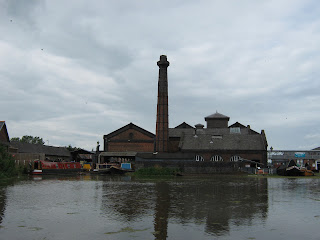 and the old buildings of the Boat Museum. 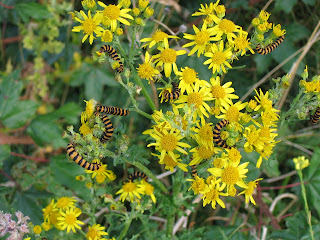 Cinnabar moth ('football jersey') caterpillars on ragwort near the banks of the Manchester Ship Canal, 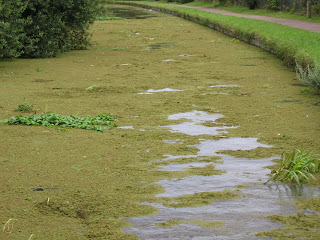 and inches-thick layers of 'Fairy Moss' on our way back along the Shropshire Union.  This is yet another foreign invading species (Azolla caroliniana) - this time an escape from aquariums and garden ponds.

So, what next on our travels this year?  The beginning of August - school holidays - surely better to avoid a 'touristy' canal?  So where did we go?  The Llangollen Canal!  Well, you already knew we are crazy!!

Posted by Dave and Val Taylor at 6:05 pm