Lift Off at Last !

Back in Blisworth at the beginning of November, our 'second home' as it has become, it was good to be able to meet up with friends in the village again and settle in to our 'winter routine'. Our little old Peugeot 205 had been sitting safely on our friends' driveway through the summer, so we parked it at the marina again and were more mobile in spite of being moored up – strange paradox! 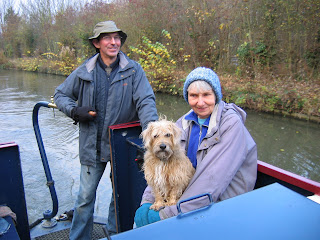 Before we completely stopped, though, we had a short trip planned. David and Mary had hoped to come with us in September but had been prevented by illness, so we re-scheduled a short excursion for 3½ days, over to Braunston and back. Here's David at the helm with Mary and Whisk. A very pleasant few days with quite reasonable weather! 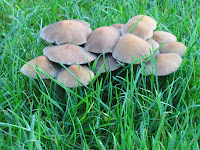 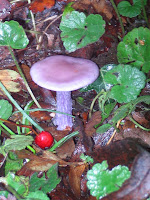 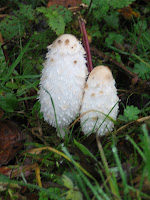 A very mild November gave us a wide variety of fungi along hedgerows and towpaths. 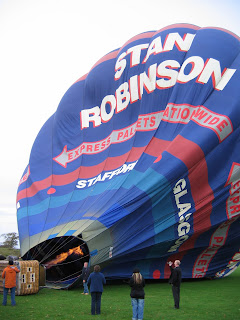 Then, on 30th November we received another text message from Wickers World, the ballooning company, telling us that there were some last-minute vacancies for a flight the next day. You may remember that we have been trying to book our flight since August 2010!! We booked, and drove up to Adam's the next day before he came with us to see us off. Here's the balloon being filled up with hot air. 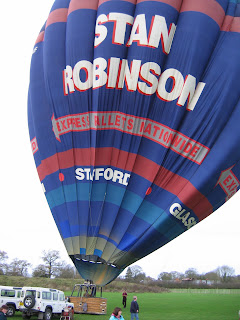 Filled up and ready for us to get on, but then a big surprise . . . 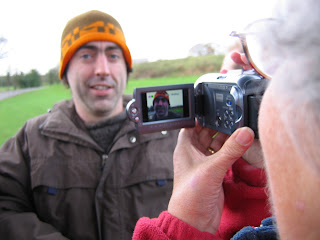 . . . especially for Adam! Not all the vacancies had been filled, so he was able to come with us, and away we went, with Val on her video camera. 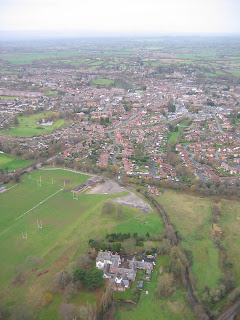 High above Whitchurch (Shropshire) but amazingly with absolutely NO sense of vertigo. Apparently that's normal! 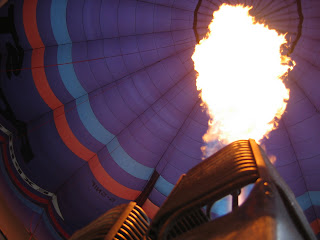 Firing up for a bit more lift. In between these occasional bursts, the flight was quiet and apparently windless, as we travelled with the breeze. 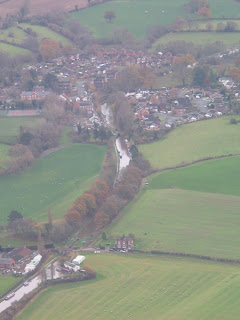 The Shropshire Union Canal at Audlem, as we have never seen it before. A fairly familiar length of canal from a very unfamiliar viewpoint! 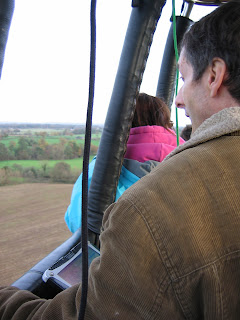 Jon, our pilot, made the whole trip most enjoyable. Confident, friendly and informative, he made us all feel very much at ease. There were 15 passengers altogether . . . 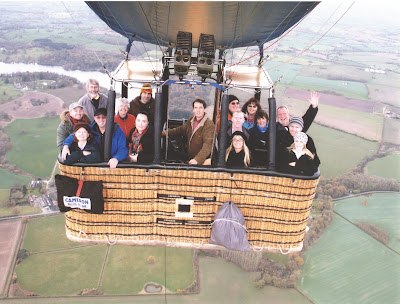 . . . and here we all are! An ingenious arrangement with a remote controlled camera meant that Jon could take a few snaps of us all, and this is the one that was finally selected. 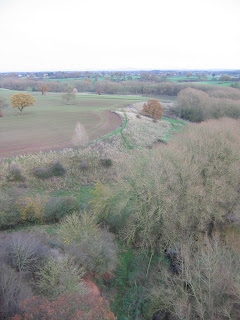 Looking for a landing spot brought us down a bit lower over the trees and then, after one aborted landing, 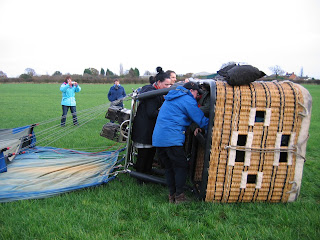 we touched down! Well, bumped down, really! A couple of sliding bumps before it stopped, then the basket teetered a little before finally flopping gently over – and we crawled rather than climbed out. A very good end to a great flight! 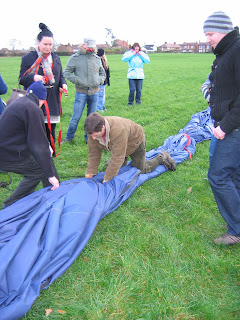 But we weren't finished yet! Jon got us all helping to squeeze the air out of the balloon before folding it up and packing it onto the trailer. 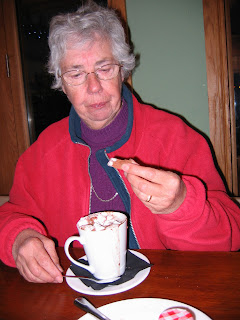 Back in the land crew's Land Rovers to the place we had started from, to retrieve the car – but not before a mug of hot chocolate in the nearby café!

– and we had the certificates to prove we had finally done it!
Thanks to Adam, Jeremy and Shireen for our lovely joint birthday presents for 2010 – sorry it took so long to actually DO it !
Posted by Dave and Val Taylor at 2:43 pm