Having arrived back in Blisworth at the end of August, we moored up on the towpath between Candle Bridge and Station Road. It's a little nearer to the village than the marina is, and we would soon be on our way back down the Grand Union – to London again!
You 'travelled' down with us earlier in the year, so we will just pick out a few highlights of this journey for you . . . 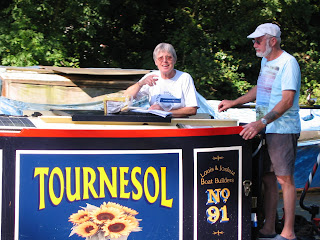 On our way up the first two locks at Marsworth, we teamed up with Anne and Keith on 'Tournesol' (French for 'Sunflower'). We often share locks with other boats, but this time found that we seemed to get on particularly well, so we decided to travel together for a while. It certainly helps having two people to operate wide locks and the company was most enjoyable! 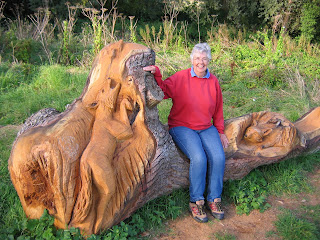 The next day, we went up the main Marsworth flight, stopped for lunch near Cowroast and then down a couple of locks to Dudswell, where we stopped for the night. We took a walk round the little park near the canal and found this interestingly-carved log. Click on the picture to zoom in and see what the fox is chasing up the tree! 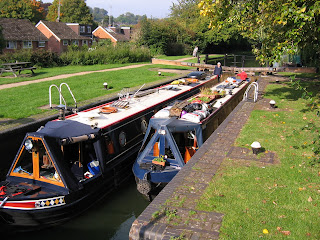 'Tournesol' and 'Zindagi' sharing a lock at Berkhamsted . . . 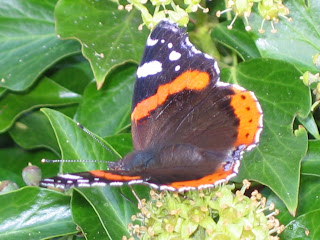 . . . and a Red Admiral getting a good feed on ivy blossom. 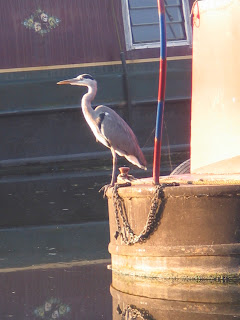 We were already running well ahead of schedule, so we stopped at Cowley while Keith and Anne went on – "See you in Paddington!" Here's a heron on a good fishing perch in the morning sunlight.
Five days (and a lot of dawdling) later, we DID meet up in Paddington Basin. On the following Friday, on the dot of 12 noon, we saw the 'Heatherwick Rolling Bridge' in action. We had walked over it several times when in Paddington before, but evidently we hadn't been there at 12 noon on a Friday! It is hydraulically operated with 7 rams on each side pushing up the handrails. 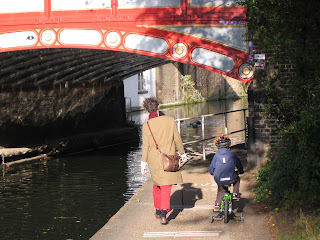 Shireen and Thor joined us for a walk along the towpath, because they were in London for the same reason as we were . . . 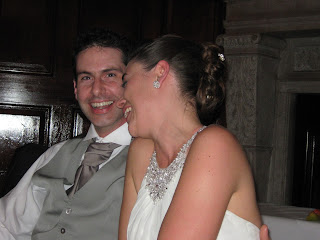 . . . Jeremy and Laura's wedding! (October 8th) Val only took a few photos, leaving the official photographer to take his – all 509 of them! 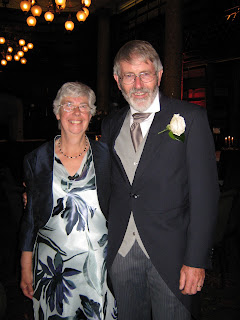 And you may as well see this one, too – you have never seen us dressed up like this before! 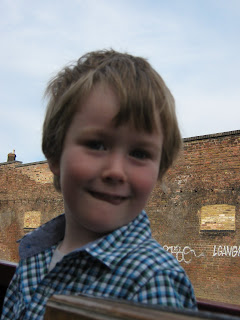 Thor on the boat near Islington as we headed on eastwards through London – not four yet and growing fast! 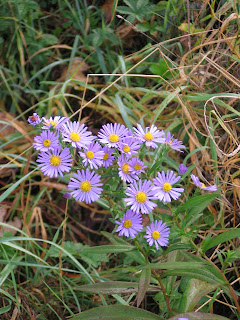 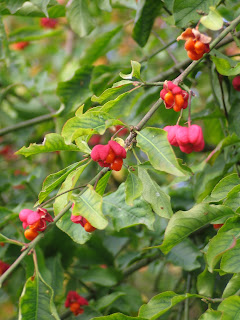 Mid-October as we went up the River Lee:  Spindle berries and Michaelmas daisies reminding us that autumn was just around the corner. 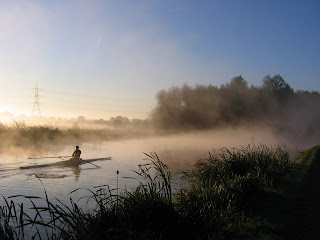 "Season of mists . . . " morning on the river near Broxbourne. 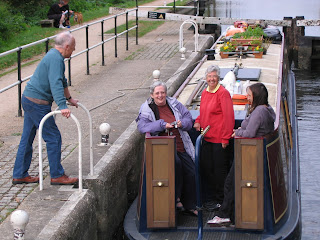 Michael and Christine came and stayed with us again – with Faith this time, who had just moved near to the river at Cheshunt. They certainly enjoyed themselves, so we look forward to seeing them on board again before too long.. 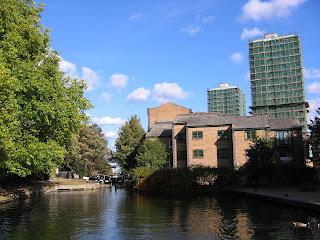 Back through London in glorious late October sunshine. This is the Hertford Union Canal, just over a mile long, with 3 locks, running beside Victoria Park and linking the Regent's Canal with the River Lee. 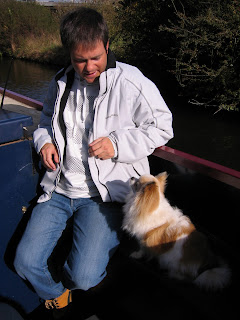 After another couple of nights in Paddington Basin, we set off back north. Dan joined us at Croxley (near Rickmansworth) and came as far as Berkhamsted. Great having him (and Raffa!) on board again, if only for a couple of days. 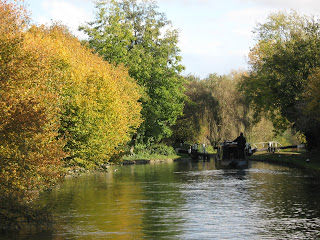 It was late October now but the autumn colours were only just starting to show. 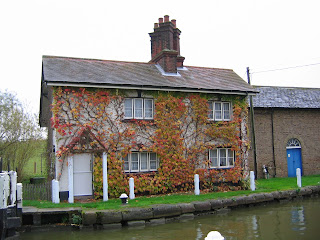 Here's that same cottage at Marsworth again - Virginia Creeper at its best! 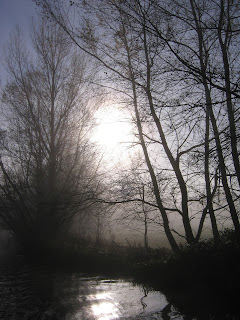 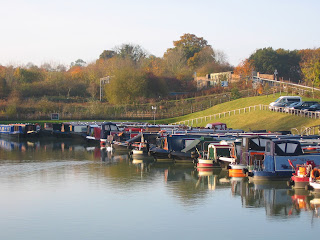 So, back to Blisworth, mooring by the towpath for a couple of nights before checking back into Blisworth marina for the winter! If you look carefully, you can see Zindagi's wind turbine!
Posted by Dave and Val Taylor at 8:59 pm

Just caught up with all your recent posts. Looks like you all had a lot of fun over the months.

Yes, thanks, Barbara. Just set out on our latest round of travels, and I shall TRY to keep the blog a little more up to date in 2012 than I did in 2011. Dave