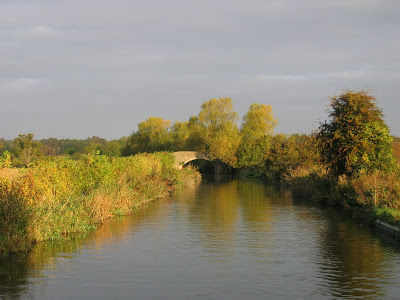 Since we left Blisworth in mid-September, we knew that we were really planning to head south, down the Thames to Reading and then on to the Kennet and Avon, but we seemed to have been trundling up and down the Oxford Canal, with short trips on the Thames thrown in for good measure. We enjoyed it, but now it was time to begin the journey south in earnest!


Ironically, to start off southwards we needed to travel northwards just one more time. We had a couple of days after Colin & Jan left before Jeremy was going to join us for a while. We needed shopping and somewhere to meet Jeremy easily – good old Banbury again! 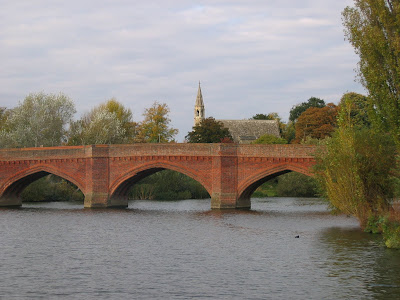 Then it was time to head south. We even made a few early starts to make the best of the shortening days – so here is some glorious autumn colour in morning sunshine, just south of Lower Heyford, mid-October. Another reason was to meet up with one of Jeremy's friends at about noon just north of Oxford, and we made it with pinpoint timing! By late afternoon we were on the Thames.

We passed the place where we had seen red kites with Colin & Jan, and came on to Clifton Hampden with its handsome brick bridge. The afternoon light seemed to catch it just right. 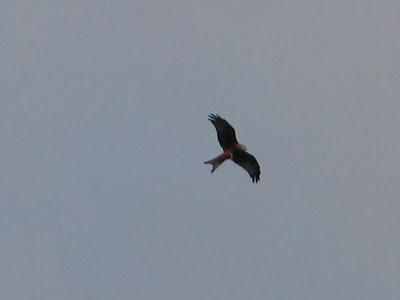 Then, just a little further on, near Burcot, we saw red kites again and this time managed to get a couple of pictures. Even with the telephoto lens, you can't see much detail, but at least practised kite-spotters will recognise this as definitely being a red kite – the forked tail is such a give-away! It is amazing to remember how very rare these birds were until only a few years ago, and they really are a joy to watch in flight. 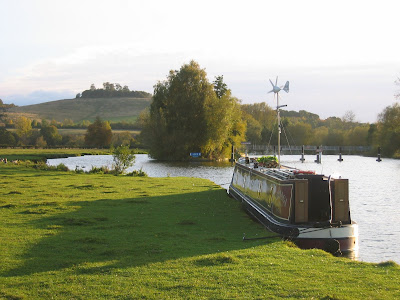 Further downriver, we found an idyllic overnight mooring spot near Dorchester (Oxfordshire), with the oddly-named Wittenham Clumps on the skyline. The little River Thame joins the river at Dorchester, and from here on downstream it is very definitely the Thames, whereas it is also known as the Isis upstream from here. 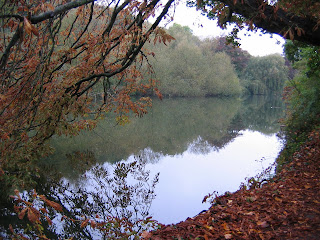 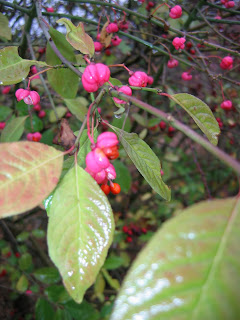 We were soon passing through more places we remembered from 2007 – Shillingford, with its old bridge and fine houses; Wallingford, where we were stuck for 5 days when the river level rose; Goring, still feeling very much like a village by the river. Now it was all highlighted by autumn, with russet leaves and even spindle berries in the hedgerow! 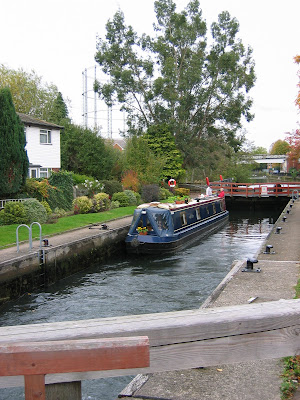 We had made such good progress down the Thames that we were in Reading only six days after picking up Jeremy at Banbury. We turned off the Thames under a not-very-inspiring railway bridge and chugged about ¼ mile up the River Kennet to Blake's Lock. This is the entrance to the Kennet and Avon Canal from the Thames and, like the Thames, managed by the Environment Agency. Only a hundred yards or so later, we were back under British Waterways jurisdiction.
Posted by Dave and Val Taylor at 9:20 pm