Tunnels, Hills and Lots of Locks! 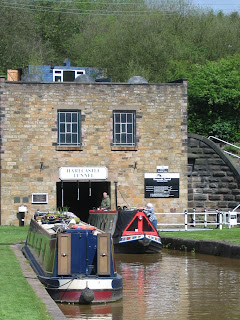 Coming down from the Caldon Canal and back into the edge of Stoke-on-Trent in the second week of May, we headed north-west on the Trent & Mersey and came to Harecastle Tunnel.  Probably the first canal tunnel we ever went through, back in the late 70s, before the old half-sunken towpath had been removed, forcing us to scrape the roof of our hire boat – they were very understanding!  No such problems now, despite the wildly varying headroom.  Zindagi's chimney had to be detached but the rooftop garden was OK. 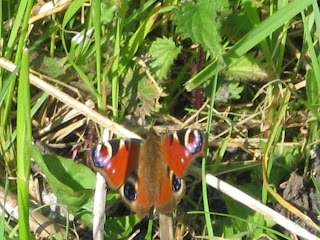 A Peacock butterfly near Kidsgrove, where we turned off up the Macclesfield Canal. 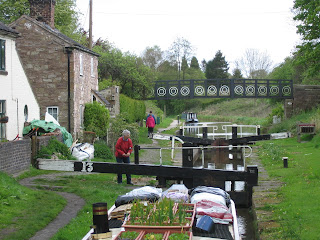 Val operating the 'stop lock' at Hall Green.  Just a 1 ft rise, originally to stop one canal company 'stealing' water from another!  All the other locks on the 'Macc' are grouped together at Bosley, 10 miles further on. 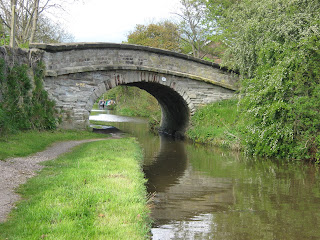 Some beautiful stone bridges on this canal – 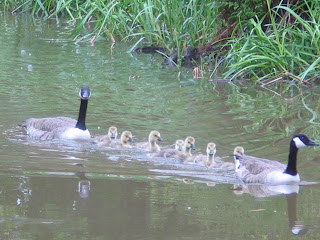 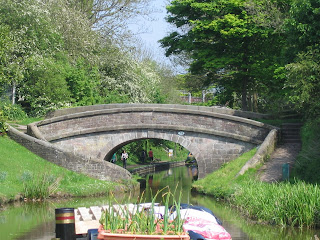 One of several 'snake' bridges on the Macc, this one at Congleton.  How to get your towing horse to the towpath on the other side of the canal, but without disconnecting the rope! 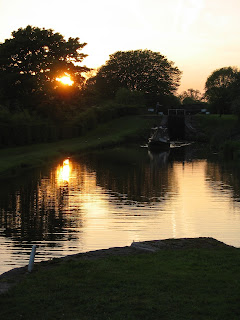 A late traveller coming down Bosley locks as we went for an evening stroll, 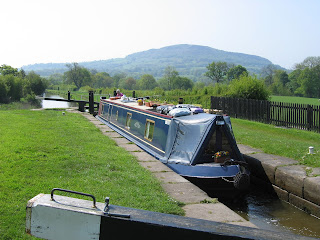 and Zindagi getting near the top of the flight the next morning.  12 locks - 120 feet rise, then another 16 miles of lock-free cruising (and dawdling) before we reached Marple towards the end of May. 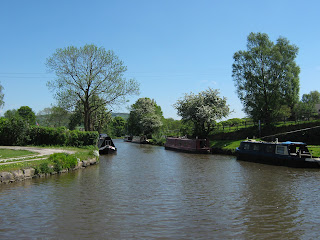 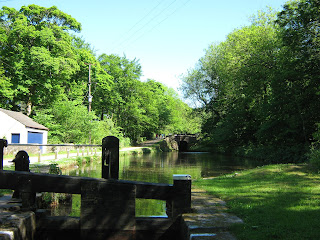 Of course, having climbed up 120 feet at Bosley, at Marple we now needed to go DOWN 214 feet!  16 locks this time, bringing us down to Ashton-under-Lyne and the junction with the Huddersfield Narrow Canal. 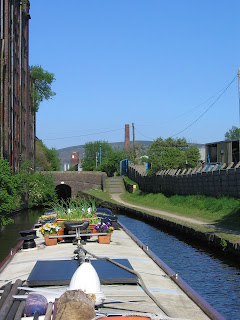 Between Ashton and Huddersfield there are 74 locks in just 20 miles.  This is the second one, on the outskirts of Ashton, complete with old mill chimney and the Pennines looming beyond. 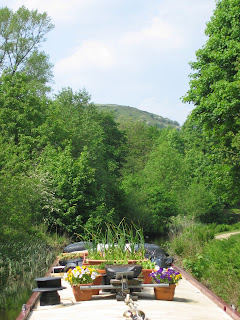 Eight locks behind us and the hills ahead.  A beautiful canal, with its own special challenges – mainly shallow water and frequent running aground, apart from so many locks.  Some people who travel this route say 'never again!' 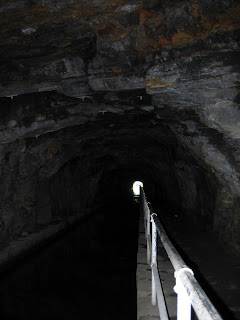 Not us!  We came this way in 2008 and thought we would sample it again this year.  The little Scout Tunnel may be only 205 yards long, but you can clearly see the rough rock face.  A foretaste of a tunnel to come! 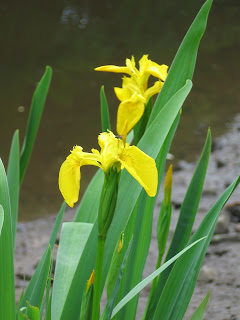 Flag irises nearby – only just coming out at the end of May. 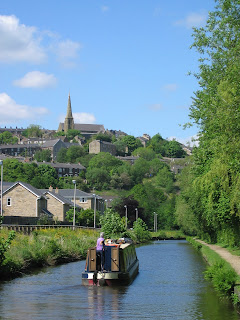 Climbing up this valley which used to be filled with mills and industry . . .  Much of that has gone now, but there are growing and apparently thriving towns all the way, like here in the outskirts of Mossley. 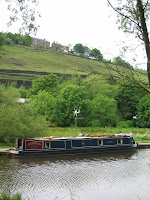 Spring seemed to be reaching the pine trees, as we walked in the woods opposite our mooring near Roaches Lock. 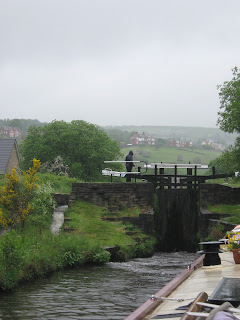 But then the weather changed as we move further up the hills – lashing Pennine rain! 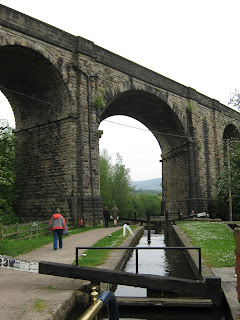 The railway line had been alongside us all the way from Ashton-under-Lyne, sharing the climb up towards Standedge.  Here the Saddleworth Viaduct soars above the canal . . . 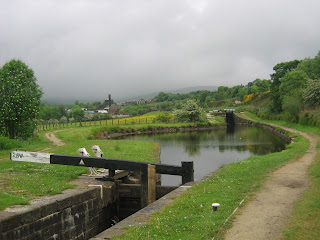 . . . but we had our own climbing to do!  The flight of 9 locks at Diggle would take us right up to the highest level navigable canal in the UK, 645 feet above sea level. 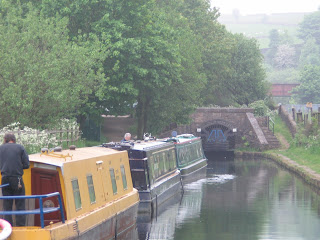 Despite our studious dawdling, we had arrived early for our passage through Standedge Tunnel, but it was worth a brisk walk up to see other boats at the Diggle portal, waiting to go through that day.  Dateline: 1st June.  Our encounter with Standedge was booked for the 4th!
Posted by Dave and Val Taylor at 4:54 pm

Your salads are certainly growing well.