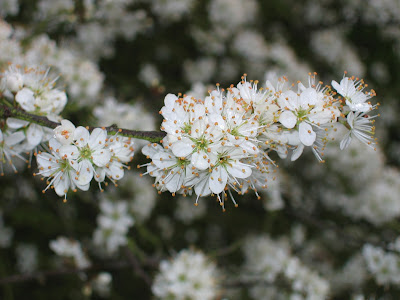 We had never heard the phrase 'blackthorn winter' until we moved to Devon in 1987.  The tradition (not just in Devon, apparently) is that there is usually a spell of cold and wintry weather just when the blackthorn is in blossom.  That also explains why some years there are very few sloes on the bushes in autumn – very few pollinating insects fly in the 'winter'!  This year, the blackthorn came into flower during March's warm spell, and is only now beginning to fade. Meanwhile, we seem to have had ALL the seasons' weather, not just winter! 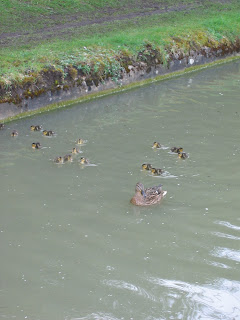 More signs of Spring!  On our way back to Blisworth from the Leicester Arm, a duck with ducklings – I make it 15 of them! 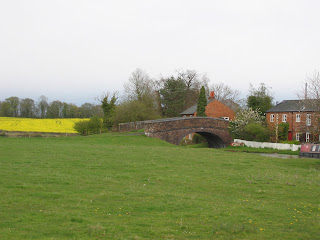 Oilseed rape in flower in a quiet canalside scene near Brinklow as we head north-westwards on the Oxford Canal . . . 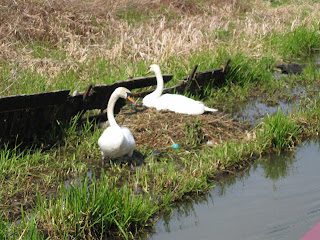 . . . and swans nesting on the Coventry Canal near Bedworth. 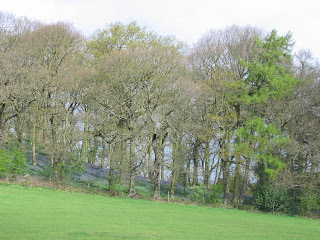 Can you see the subtle flush of blue on the woodland floor here?  (Click on the picture to enlarge it.)
Lovely countryside where you might not expect it – between Nuneaton and Atherstone. 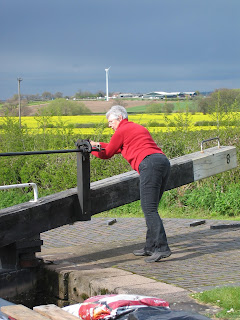 Val tackling one of the locks in the Atherstone flight. 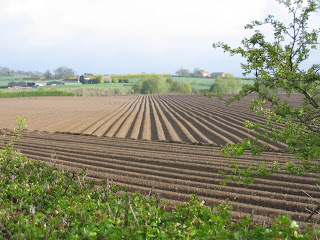 Geometric patterns in the well-tilled soil near Grendon – and the hawthorn is nearly ready to blossom.  "Ne'er cast a clout till the may be out" they say, so warmer weather must be on the way!  Meanwhile, the weather seems to be trying to compensate for water shortages . . . 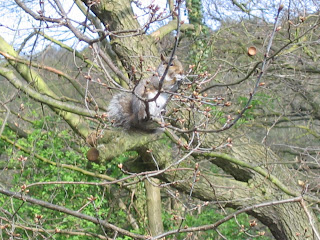 . . . and a grey squirrel in Hopwas Wood poses for his photo as 'Zindagi' chugs slowly below him.

We are steadily heading north-west, hoping to be on the Caldon Canal near Stoke-on-Trent for some real Spring weather!
Posted by Dave and Val Taylor at 12:14 pm